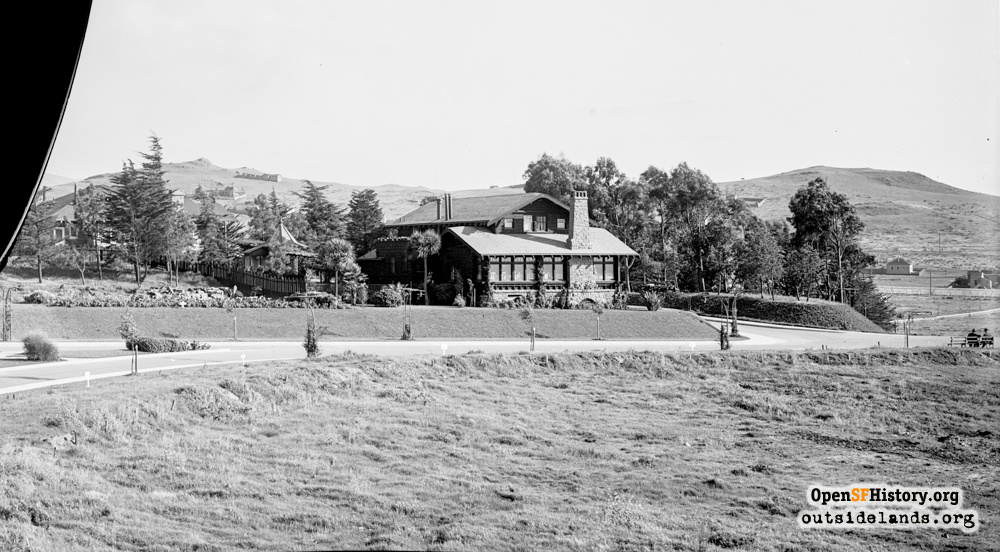 San Francisco Landmark #213 in Ingleside Terraces is not only an excellent piece of architecture, but a symbol of an era and perhaps the city's most ironic landmark. Tim Kelley's report for the Landmarks Preservation Advisory Board explains:

"[The house] is significant because of its association with two broad patterns of national and local history. When built in 1911, it was the showpiece of the first 'suburban subdivision' in San Francisco, and marked an important shift in local urban design. Later, in the 1950s, it was the site of a cross burning due to its association with the residential racial integration of the city.

"The Leonard house is also significant due to its association with the lives of two owners, Joseph A. Leonard and Cecil F. Poole, both of whom were important in San Francisco history. It is particularly ironic that Leonard, a prominent developer, was one of the first to use restrctive racial covenants as a real estate marketing tool in the city---while Poole was significant as San Francisco's first African American District Attorney, later a federal judge, and a pioneer in furthering the status of African-Americans locally." 1 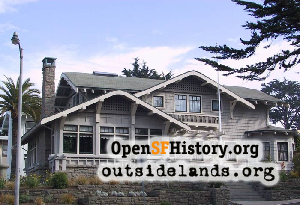 90 Cedro Avenue was designed and built for Joseph Leonard. It was later owned by the Poole family and is San Francisco Landmark #213. - WNP Photo

Patti Poole has nothing but wonderful memories of 90 Cedro, and the elegant workmanship displayed inside:

"I loved that house. My Barbies had great adventures on those stairways on the banister, you know, and my horses, I had all those plastic horses, my horses were all over the place. They were up and down and everywhere, and they had these great adventures all through there. I mean, thinking back on that living room with its fireplace and those huge beams and the wood paneling and the beveled glass windows in the bookshelves and in the sliding glass doors and the built-in china cabinet that had the mirror that makes you look back into infinity..." 2 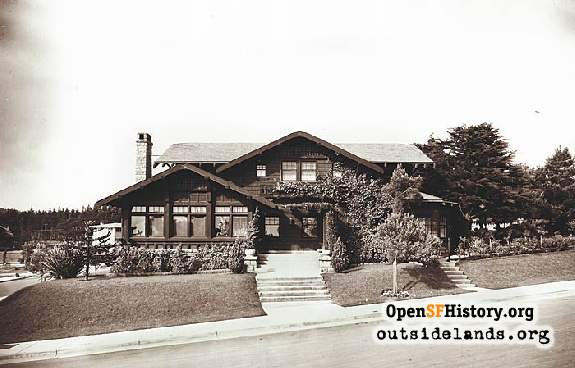 More details on the architecture, from the San Francisco Heritage newsletter:

"An excellent example of Craftsman style, 90 Cedro displays many features typical of the style: shingle siding, wide roof overhang with exposed rafter ends and roof beams, prominent exterior stone chimney and exposed stone (simulated in this case) foundation. It occupies a commanding corner site several feet above street level, with open landscaping on the two main facades, and large trees and shrubs providing privacy to the side and rear yards. The only major change has been the addition of a second-story sleeping porch that is not visible from the street." 3

The San Francisco Board of Supervisors designated 90 Cedro Avenue a city landmark on May 22, 2000.