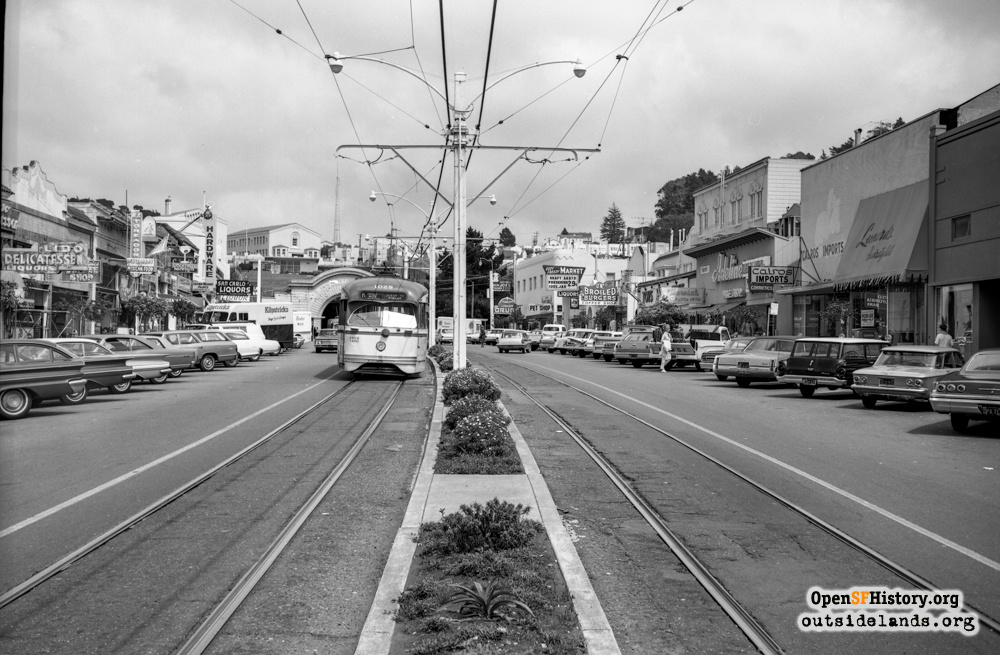 A Short History of West of Twin Peaks

Residence parks and other neighborhoods in San Francisco's West of Twin Peaks area.

A Short History of West of Twin Peaks

In 1910, twelve years after the death of Adolph Sutro, his heirs hired the real estate firm of Baldwin & Howell to appraise his vast land holdings in San Francisco. Part of the estate was a section of the old Mexican land grant, Rancho San Miguel, in the geographic center of the city. Sutro bought this land ranging from the Inner Sunset south to beyond Mount Davidson in 1880, and proceeded to cover much of it with a forest of eucalyptus trees.

After completing the survey, A. S. Baldwin organized a company to purchase the rancho lands for the creation of master-planned housing developments. The city’s Twin Peaks Tunnel streetcar project coincided with the plans of Baldwin’s new Residential Development Company. The Municipal Railway would open up the land “West of Twin Peaks” with streetcar lines, and the Residential Development Company would sell tracts of land to companies interested in creating high-end homes for new residents.

The Twin Peaks Tunnel promised a twenty-minute commute on the streetcar from the west portal of the tunnel to downtown. Based on that promise, companies such as Newell-Murdoch, Mason-McDuffie, and Fernando Nelson & Sons began cutting down the Sutro Forest and creating Forest Hill, St. Francis Wood, and West Portal Park. These new neighborhoods were based on the City Beautiful ideals of “residence parks,” which featured curvilinear street plans, lush landscaping, and decorative street furniture, gateways, and staircases. Minimum construction costs and building line set-backs were proscribed, and banned by restrictive housing covenants were commercial structures and minority ownership or residency. (Supreme Court rulings invalidated these racial covenants decades later.)

The early developments struggled to find buyers while the Twin Peaks Tunnel was delayed and World War I put restrictions on building materials. Finally, the tunnel opened and streetcar service began on February 3, 1918. The economic prosperity of the 1920s spurred the growth of the West of Twin Peaks area and new residence parks—Balboa Terrace, Mount Davidson Manor, Westwood Park, Westwood Highlands, Monterey Heights, Sherwood Forest, and Miraloma Park—were established and prospered. By 1924 the assessed valuation of the West of Twin Peaks area had risen by $4,000,000.

These neighborhoods have housed doctors, lawyers, and some of the city's wealthiest and most powerful citizens: mayors, baseball stars, and corporate leaders. Strong neighborhood associations maintained the beauty and architectural integrity of these residence parks, at the same time limiting ownership opportunities in the early years with racist housing covenants and profiling.

Racial diversity (if not economic diversity) finally came to West of Twin Peaks, and these neighborhoods, these “garden communities,” are still some of the most highly sought addresses in San Francisco.