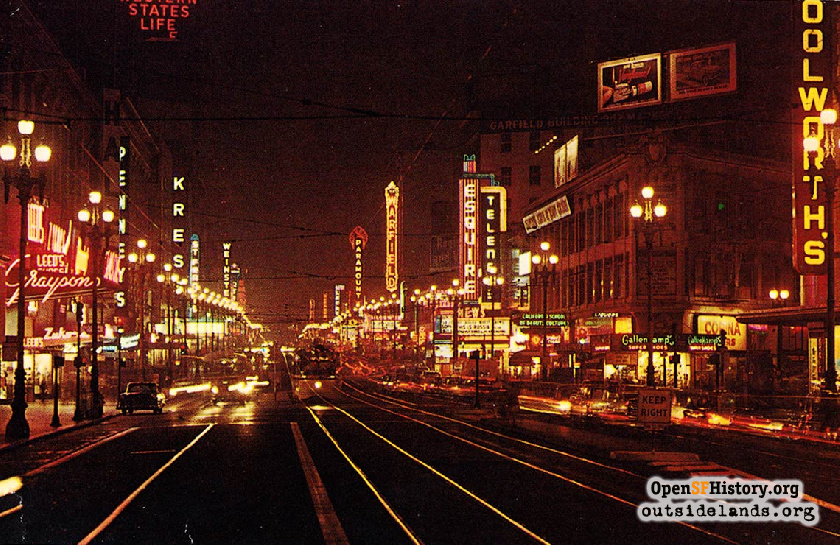 Jack Tillmany: Man of Many Photos 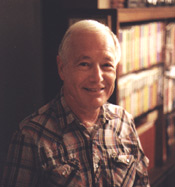 His father had the orchestra of the Portola Theatre in downtown San Francisco before "talkies," and Jack grew up a huge movie fan.

"Before television, everyone went to the movies. Imagine the world without television. Movies were your only visual entertainment. We all listened to the radio, but to actually see the story you had to go out to the movie theatre. It was a way of life. Some people went every day if they were lucky. We went two of three times a week. Everybody did. It was a universal recreation."

When Jack was a child, World War II touched on every aspect of life, even a kid's life:

"All during my grammar school days, everything was 'because of the war,' or if you wanted something you had to wait until 'after the war.' The war was something that we couldn't remember when it wasn't in progress."

Having formerly managed the Piedmont Theatre in Oakland and the Lorenzo Theatre in San Lorenzo, in 1970, he took over the Gateway Cinema in the Golden Gateway Center, and in that location, introduced revival film programming to San Francisco, which he expanded to the Richelieu Cinema in 1975. He retired from the motion picture business in 1981.

Film research has always been his hobby and, for the past six years, he has been one of the world's leading contributors of information to the Internet Movie Database.

Our website has made great use of Jack's generosity and knowledge. Many of our images, and much of our information on western neighborhoods theatres, we have received from him. We're not alone. You will see many of his photos copied for inclusion in the San Francisco Library's Historical Photograph Collection and on our sister site, OpenSFHistory. In 2005, Jack further shared his treasure trove with the world in the form of a terrific book, Theatres of San Francisco. Hundreds of unique photos inside bring back the days when everyone went to the movies weekly and had numerous neighborhood theatres to choose from.

Thanks for letting us visit, Jack!

Read Jack's memory of a great 1947 streetcar collision, and his visit to the site 60 years later.