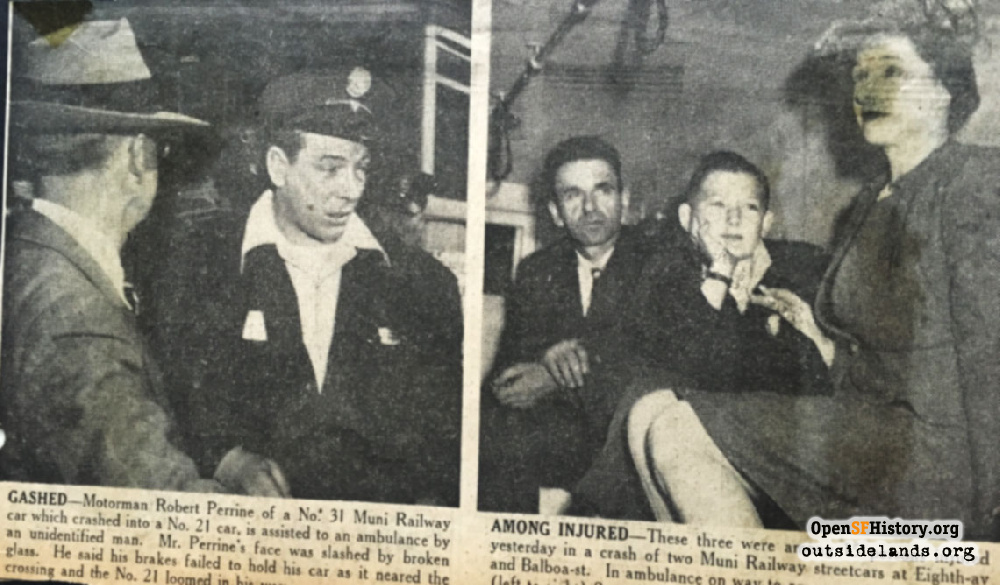 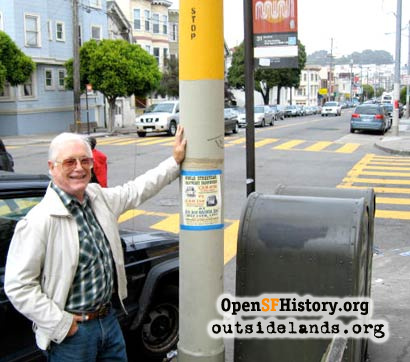 On the sixtieth anniversary of a streetcar crash, Jack Tillmany revisits the scene with fond memories., Jul 24, 2007 -

On July 24, 2007 Jack Tillmany had a good time revisiting the site of a dramatic streetcar collision between 31 Balboa and 21 Hayes streetcars. It was the sixtieth anniversary of the crash.

Jack already wrote about that day in an article for us a few years ago, and remembered how what would have been an unpleasant and frightening experience for most was the thrill of a lifetime for a "rail fan."

WNP member John Freeman joined Jack for the anniversary, surprising him with commemorative posters designed by another rail fan, Val Lupiz. John also remembered how the sleepy corner of 8th Avenue and Balboa Street became an exciting event for all the Richmond kids:

"I was there in '47. I was only 6 years old, but I heard this tremendous crash from my house two blocks away and joined the crowd to investigate. For years I'd ask old friends from the neighborhood it they remembered this crash, but never found anyone who did. This is how I met Jack a few years ago, when his article about the crash was put online in the WNP website. I finally had proof that I wasn't carrying around a dream in my head from my childhood.

"Recently I mentioned the crash to a old school-mate who lived even further away on 12th Avenue and he, too, was at the scene. His memory was more vivid than mine, because as a 6-year-old, he was forbidden from leaving his immediate block, so got into all kinds of trouble when he returned after traveling four blocks to see the excitement." 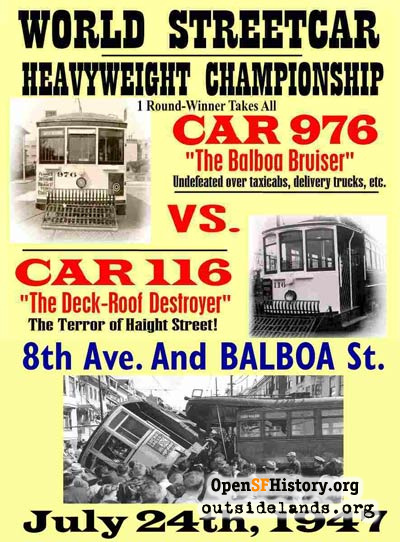 Jack's unusual anniversary got a little media attention too, as the site "BeyondChron" featured a story on it.

Happy anniversary, Jack. Make sure you look both ways before crossing the street...