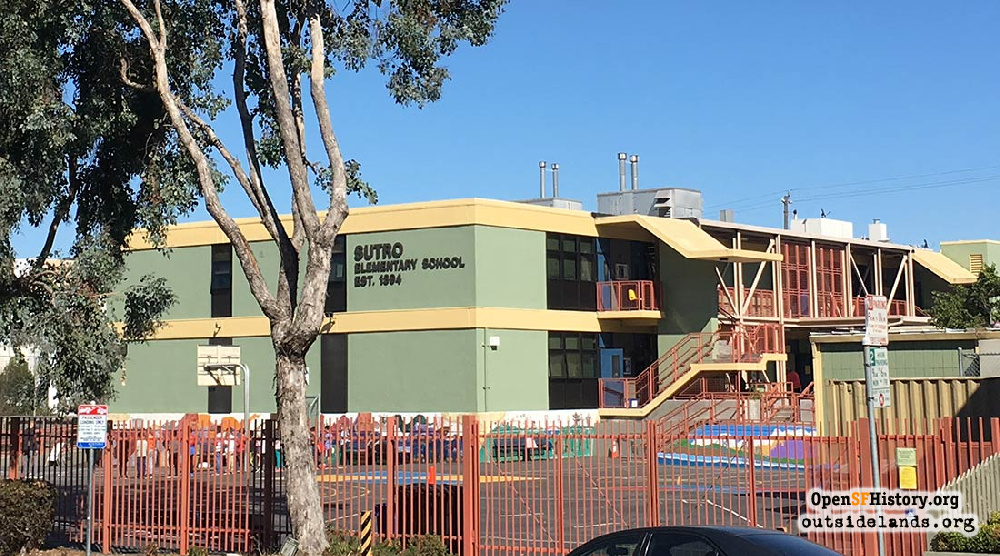 Over 100 years old, Sutro Elementary was torn down and rebuilt in 1976. 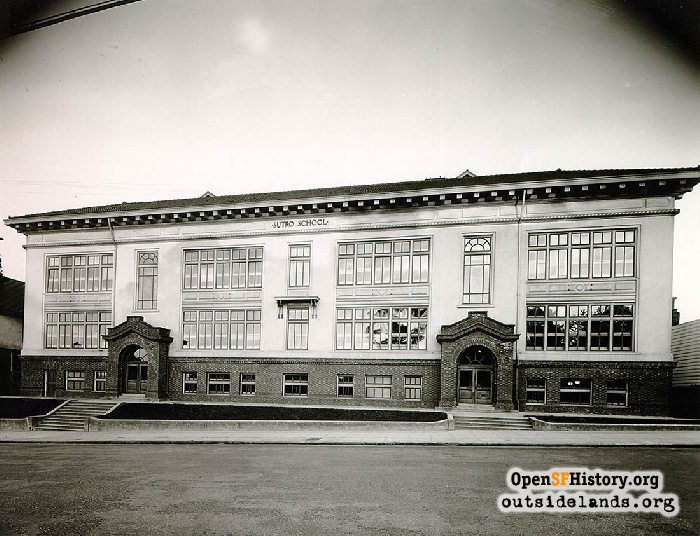 Sutro Grammar School, about the time of its dedication and opening., circa 1910 - San Francisco History Center, San Francisco Public Library

In 1891, the City of San Francisco changed the name of its Point Lobos School in the Richmond District to Sutro Primary School. The school was little more than a shack standing on 19th Avenue near modern-day Geary Boulevard. In 1895, the school had three classrooms and Mary Magner was the principal. When the Board of Health condemned the building in 1895, the school was relocated and reopened on 12th Avenue between California and Clement Streets, and Sutro School has been at that location ever since. 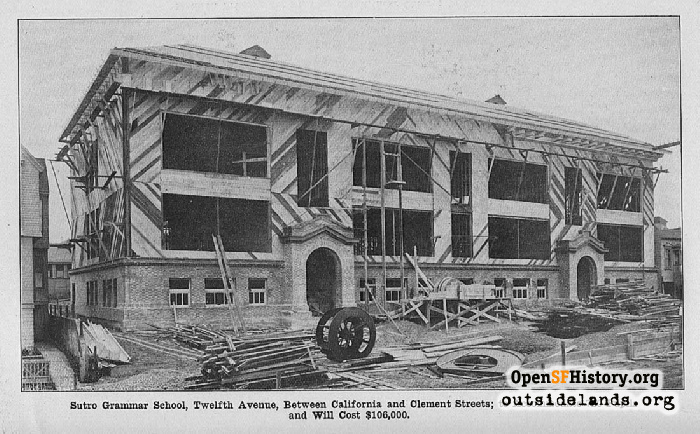 A new brick Sutro School was dedicated on June 5, 1910. In the 1970s, that building was determined to be vulnerable to earthquakes and was torn down and replaced by the current school. 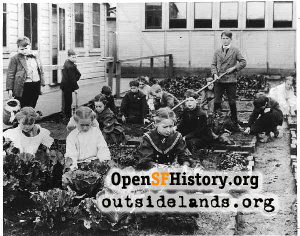 "During World War I, Victory Gardens sprouted up all over town, including this one in the Sutro School on 13th Avenue." 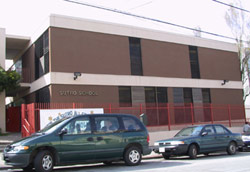 Contribute your own stories about Sutro Elementary!