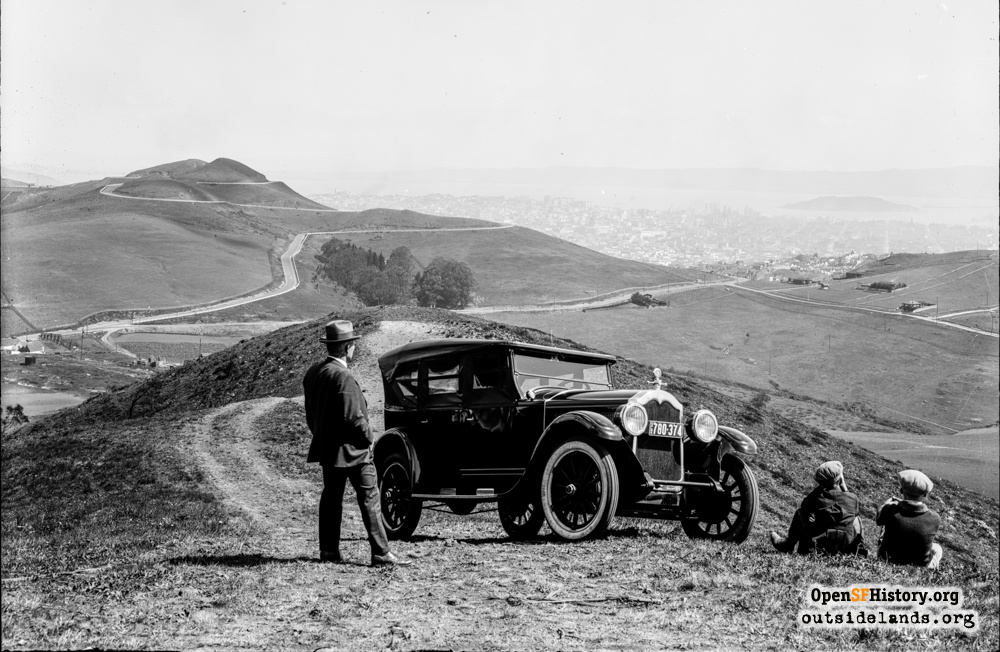 When Woody started writing Streetwise shortly after Western Neighborhoods Project (WNP) was founded in 1999, there were occasional looks back at several interesting aspects of neighborhood history—people, places, and events. When he handed the stewardship of the column over to me in January of 2009, I had no idea what might be in store, but here we are today, 120+ monthly installments later, with many clearly preserved glimpses into our collective past.

Ten years represents a nice, solid block of time in which the column has continued documenting the history of San Francisco’s Western Neighborhoods and residents. See column #100, dated June 2017 for some specific examples: Streetwise: 100

We have reminisced about businesses, schools, public buildings, and community activities (“hey, anyone up for dinner at The Hot House after spending an afternoon on roof rides at the Emporium?”). We have mourned the loss of loved ones such as Paul Rosenberg (also Karen Bosso-Salisbury, Will Connelly, Rosie Green, and several others), while chatting “back-fence”-style on the message boards, with JB leading us through memories of the Olympic Club’s golf course and the bustling new Westlake Mall of the 1950s-60s, John Martini outlining the history of the World War II defense bunkers that still overlook the Western Neighborhoods, and Lorri Ungaretti recalling what led her to write five local history books. Podcasts, history-minute videos, neighborhood walks, and the vast collection of OpenSFHistory photos have also sparked new ideas for Streetwise.

Work on the column eventually led me to write three books beginning in 2014, with a fourth one scheduled for publication by The History Press in the fall of 2019. A few sections in each book have summarized previous columns/topics that were especially popular with readers, though most of the stories and photos contained in the books have been new material.

Now the time has come—more than five years into my own retirement from the working world—to begin making greater use of my passport, senior discounts, and all those accrued frequent flyer miles, without having to keep track of monthly publication deadlines.

Perhaps some other WNP volunteers will decide to take up the pen/keyboard for a while and create some historical narratives for the rest of us to enjoy—because there are still plenty of stories out there, just waiting to be told.

Meanwhile, my thanks go to Woody and David for allowing me the opportunity to take so many enjoyable walks down memory lane with all of you, each and every month, for a full 10 years. I’ll still be around, though perhaps a bit less visible, while continuing to cherish the friendships that have been formed along the way—so please keep in touch!

Note from Woody LaBounty: Few things are more popular than Frank's monthly "Streetwise" column! We can't express enough how appreciative we are of the ten years he has give to Western Neighborhoods Project in sharing his memories, research, and thoughtful approach to San Francisco neighborhood history. We will continue sharing "classic" Frank Dunnigan columns (aren't they all classic, though?) from over the years in rotation on the front of OutsideLands.org and through our email news and social media. Thank you, Mr. Dunnigan!