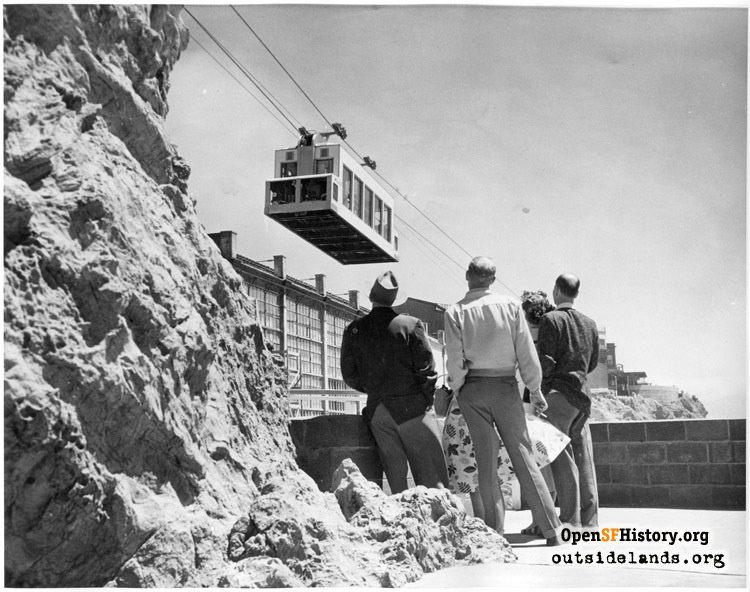 Highlights of the Private Collector

A selection of images from the large collection from an anonymous donor.

"Courtesy of a Private Collector"

For a number of years, the Western Neighborhoods Project has used photos from a local collector who wishes to remain anonymous. These images are cited "Courtesy of a Private Collector." We have recently been given the opportunity to share with the public more from perhaps the greatest collection of historical San Francisco photographs in private hands. On this page are a few of the current highlights.

You know the name. If you have spent any time looking at historical photos of San Francisco in the past thirty years, you've read it. At this point in his life this collector of San Francisco Imagery doesn't want any more publicity. For the past few years his policy has been photos should be cited as "Courtesy of a Private Collector."

At the Western Neighborhoods Project we have had a long relationship with this private collector, gratefully accepting images to help illustrate the history of the city's west side. Almost every major collection of San Francisco historical photos has passed through his hands at some point.

Early in 2013 he approached us about taking stewardship of his collection, to catalog, digitize, preserve, and make it available to the public, both physically and online. We were shocked and excited. The collection amounts to thousands of images in many forms. Together, the recent 8x10 inch prints; acetate, glass, and nitrate negatives; cabinet cards; panoramas; postcards; scrapbooks; yearbooks and other items tell a story of one person's passion for San Francisco's past.

"It's too much, "we thought as we eyeballed the more than twenty-five file cabinets holding most of the collection. The sheer volume was intimidating for a volunteer-run organization with a small annual budget and limited physical space.

We faced and equally-daunting situation in 2002, when we had the opportunity to save four 1906 earthquake refugee cottages on Kirkham Street. Uncertain we could pull it off, we tried anyway. And we succeeded.

So we came up with a plan. We'd do a pilot project with just a small portion of the collection. We decided to tackle the images of the Cliff House, Sutro Baths, Sutro Heights, and Ocean Beach areas. We would sort, rehouse, catalog, digitize, and put online this first installment, then step back to assess the effort, costs, and rewards.

We accepted the first few boxes early last summer (2014): 1600 8 x 10 inch prints (amounting to about 1100 individual images) and another 40 or so glass and acetate negatives. Everything has been digitized and put online. The results are amazing.

Much of the material was compiled from other local collections, but a lot is new to even old hands like us. Local Historian and former National Park ranger John Martini and others have been helping us go through it all.

"Most of the historic photos I looked at were totally unique to me (and I've looked at a LOT of San Francisco photographs)... The number of photos is absolutely breathtaking, if not overwhelming. I felt like I kid in a candy shop."

What's next? Our pilot project is almost complete. (We are still adding titles, descriptions, and other metadata.) We will regroup with the private collector and our board of directors to draft a plan moving forward. We will keep the membership involved and informed along the way, but any future WNP has with the rest of this amazing archive will mean some serious fundraising. If you have any resources you believe may help, let us know.