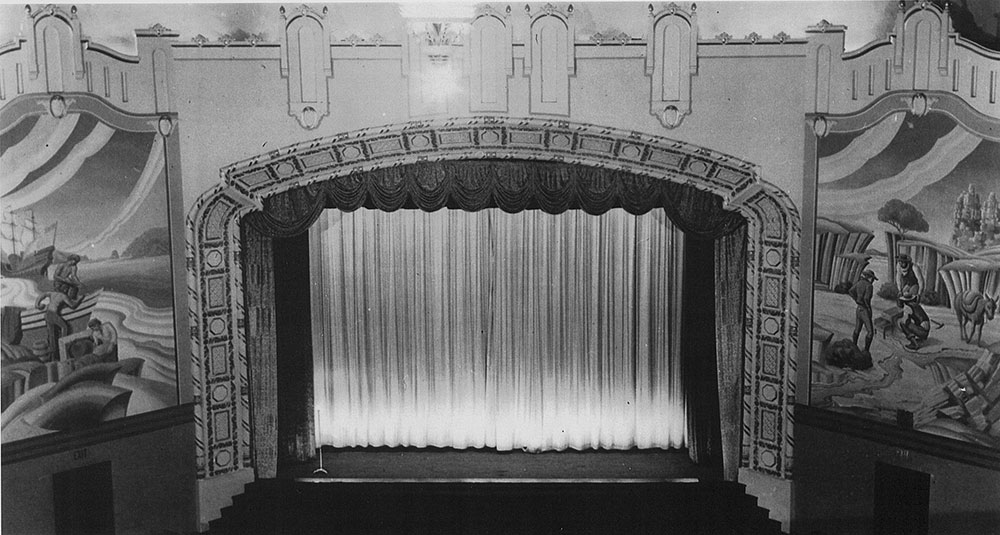 Jack Tillmany: "This is the original 1928 proscenium of the Parkside, flanked by a couple of typical Depression-era murals, added during the mid-1930s modernization. All of this was hidden behind the ubiquitous drapes of the 1965 remodelling." 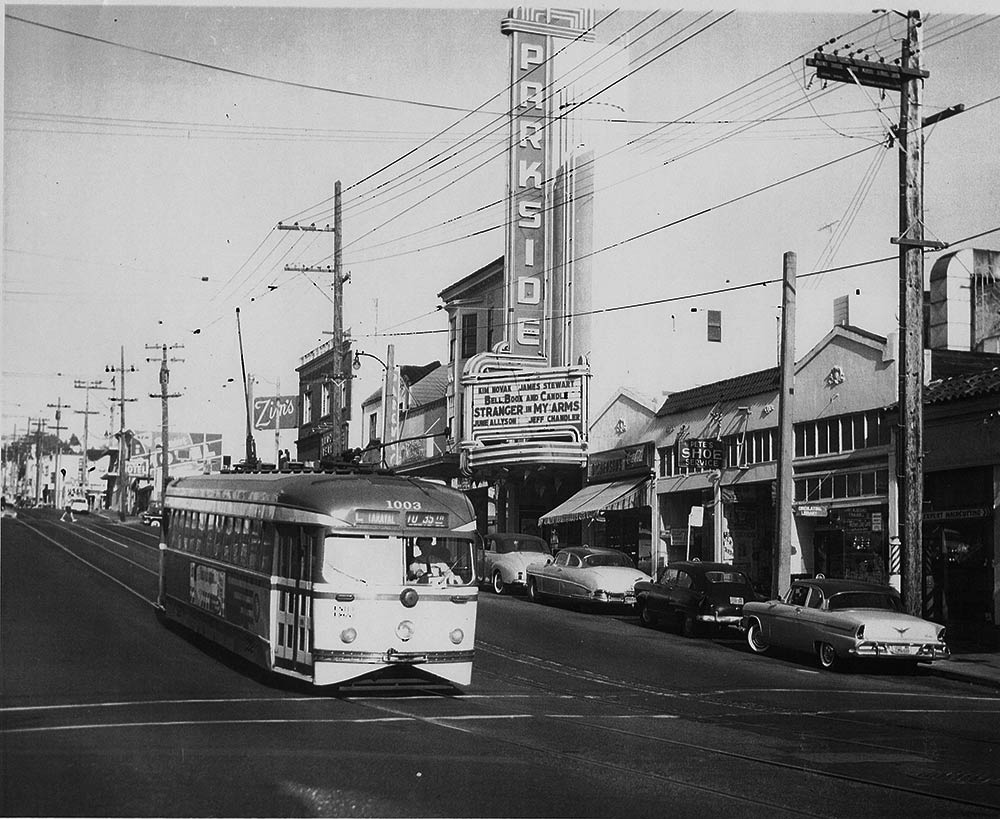 More from Jack: "For thirty years, from the mid-1930s to the mid-1960s this handsome facade of the Parkside Theatre was the anchor of the Taraval Street shopping district, as this 1959 photo shows. Muni #1003, also seen here, was a fixture on the L-line during most of the same time period, and is preserved today at the Califronia Railway Museum at Rio Vista Junction.

Images: Both courtesy of J.E. Tillmany.