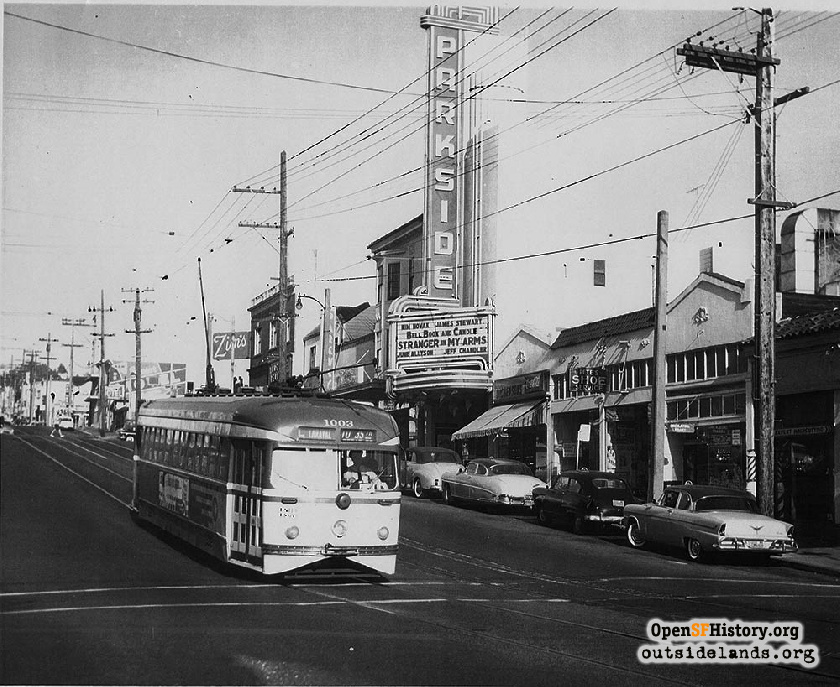 Movie theater that operated at Taraval Street near 19th Avenue from 1928-1988. 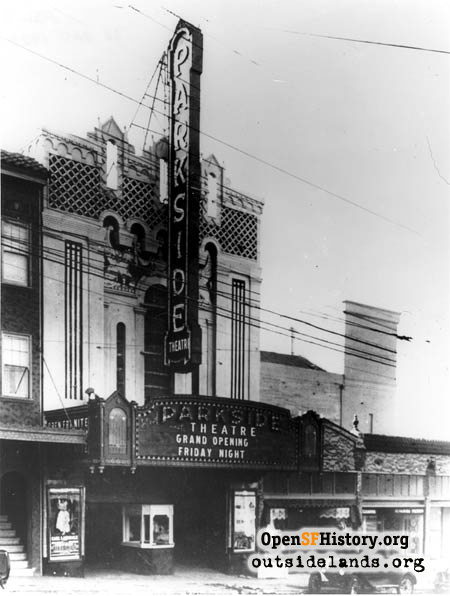 Movie theatres always needed to appear modern and contemporary to succeed in the twentieth century, and many were renovated a number of times to conform to popular architectural styles. The Parkside went through at least two make-overs, the last an unsympathetic renovation in the 1960s that emphasized "Fox" over "Parkside."

After its first closing in 1976, the Parkside Theatre reopened with movie screeings only in the evening, as a children's daycare school occupied the ground floor. Movie-goers were relegated to the balcony, and children's toys and play equipment could be seen below. The theatre portion closed for good in July 1988, while the preschool remained. Like the Coliseum Theatre in the Richmond District, the upper floors of the Parkside Theatre building has been renovated into condominiums. 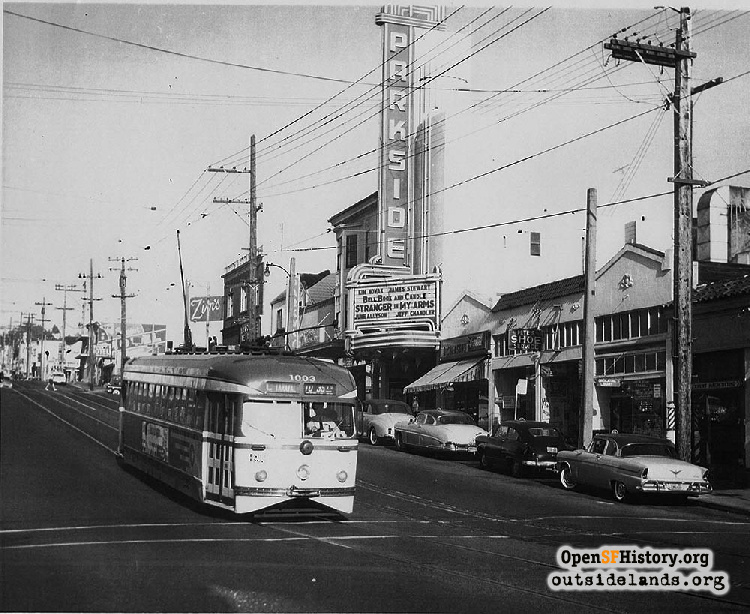 Information from Jack Tillmany: "For thirty years, from the mid-1930s to the mid-1960s this handsome façade [above] of the Parkside Theatre was the anchor of the Taraval Street shopping district, as this 1959 photo shows. Muni #1003, also seen here, was a fixture on the L-line during most of the same time period, and is preserved today at the California Railway Museum at Rio Vista Junction. 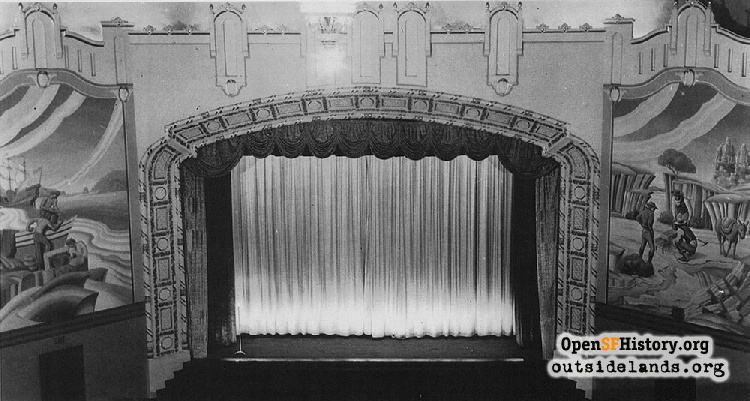 Proscenium of the Parkside Theatre with flanking murals., 1943 -

"This is the original 1928 proscenium of the Parkside, flanked by a couple of typical Depression-era murals, added during the mid-1930s modernization. All of this was hidden behind the ubiquitous drapes of the 1965 remodeling." 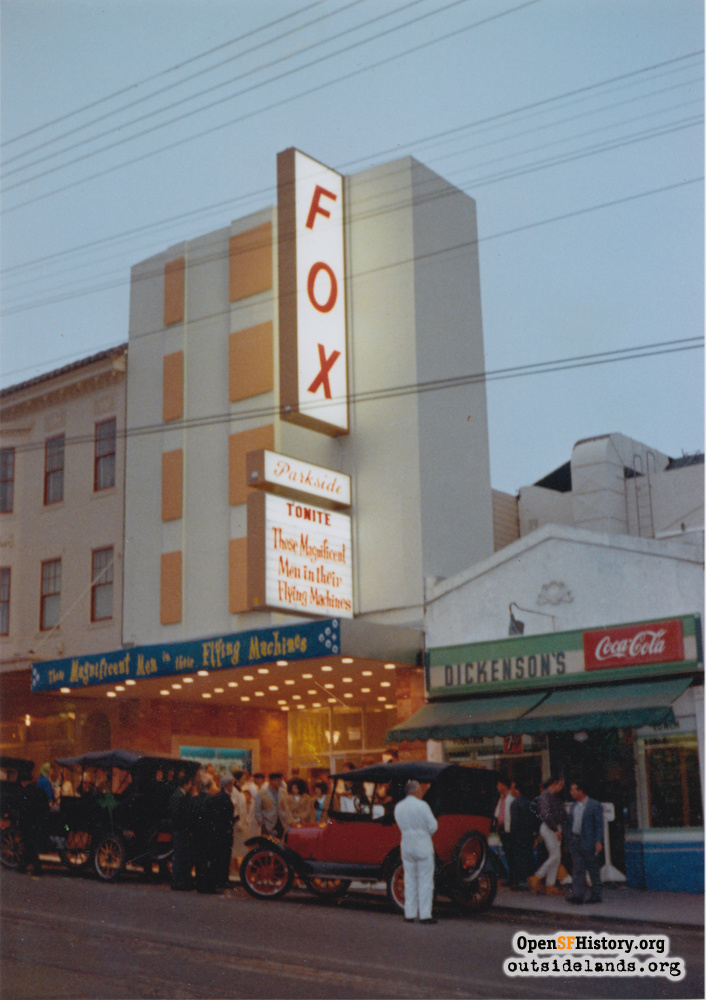 Crowd assembled for the Grand re-opening as Fox Parkside. showing 'Those Magnificent Men in Their Flying Machines' with period automobiles in front. Dickenson's restaurant., Jul 7, 1965 -

Memories of the Parkside Theatre
Irene Sullivan Fay: "There were sand dunes on both sides of it (the Parkside Theatre). We had to walk quite a ways to get to the movies. I had these new black patent-leather shoes, and we came back and they were dull: all the shine was gone."

Read memories about the businesses in the Taraval shopping district, including the Parkside District, in Frank Dunnigan's column: Streetwise: The Taraval Trail.

There are not one, but a number of threads on our message board about the Parkside Theatre:

Parkside Theatre, thread one (started on April 10, 2001)
The smells, the sights, and the Song Remains the Same!

Contribute your own stories about the Parkside Theatre!