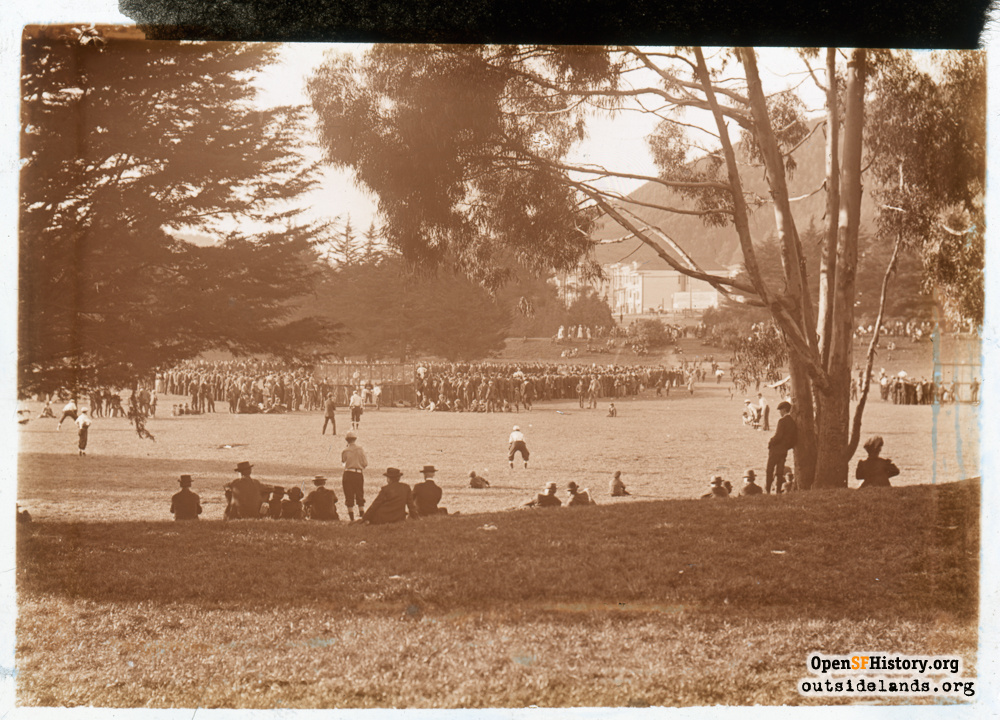 Memories of the Park Bums

Amateur baseball at Big Rec was a big deal in the 1930s.

Memories of the Park Bums

Not more than fifty yards from the Little Shamrock Bar was the edge of Big Rec, a massive area of grass in Golden Gate Park with four baseball backstops. Bring your own bases. There was standing room only for spectators, meaning there were no grandstands. 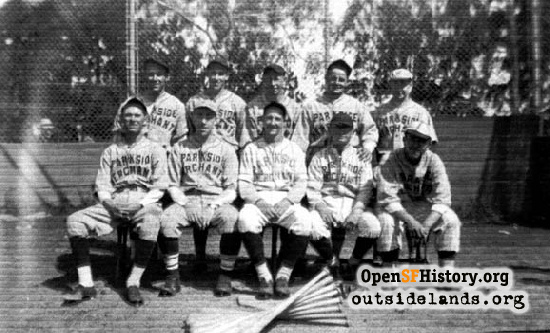 High school and semi-pro teams practiced there, and sometimes had actual games. The semi-pro teams were sponsored by local businesses, which meant that companies like Wonder Bread and Fleishman's Yeast would provide the uniforms and buy the bats and balls. One of those teams, the Sunset Federals, called Big Rec their home field, and played other teams there on Saturdays.

After the Saturday game many of the spectators would meander to the Little Shamrock. In fact, some would sneak away at a middle inning and have beer and beans at Tony's Shamrock. Then they'd go back to the game, and visit Tony's for a second time after the last inning.

Sunday at Big Rec was reserved for The Park Bums, a group of adults of all ages. The "standing room only" crowd was bigger, and they didn't always stand. Sometimes the people sat on the grass along the baseline. I don't know how the teams picked their players, but I do know that each man put up a dollar that went to the winner.

These men were amateurs, but the word disparages them because they were real ball-players. Some had played for the San Francisco Seals, The San Francisco Missions or the Oakland Oaks. Some had tryouts with one or more of those minor league teams.

The organizer was a man of about fifty who looked older. He was always one of the starting pitchers. Believe it or not, he pitched underhand like a soft-ball pitcher, with very little arm and lots of wrist. His delivery looked like he was throwing a "nothing ball" but it had something on it, alright. The man was very hard to hit. He, Nelson Ulm, was a Sunset District baseball legend. He coached the Sunset Federals, a team I would have loved to play with, but I never made it.

Watching the Park Bums play while standing behind that 6' by 12' wire backstop was where I learned about wicked curve balls. There were some pitchers with terrific "hooks" thrown at the batter's head and then curved down and over the plate.

I frequented Big Rec from the time I went there on a Sunday with my father when I was very small. I wondered why he didn't play, because his brother had told me Dad was pretty good when he was younger. One day I got a chance to see him play. A Park Bum sprained his ankle, and there were no substitutes. When Nelson Ulm asked Dad to play, he put on the injured man's spikes, took the guy's mitt and went out to center field, where he caught a fly ball that ended the game.

Afterward I told him how thrilled I was to see him catch the fly. He said "Your mother came out to see me play right after we first met. I caught a long fly ball then, too. But I also fell down running to first base."

There might have been some sort of a message there, but even if I knew it I wouldn't have known how to answer. It didn't matter. We didn't go straight home. We went to the little Shamrock. All the Bums were there—even Nelson Ulm. I got to talk to the players and drink some of my father's beer.

That was a great day.