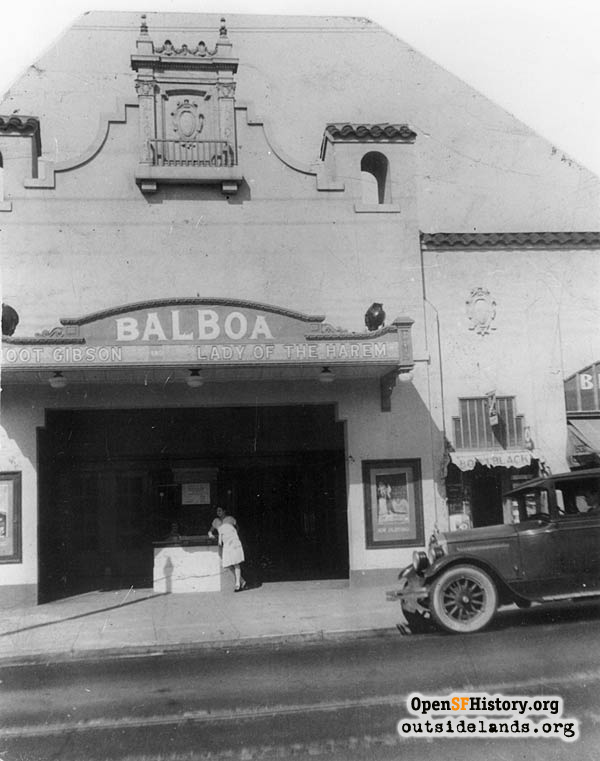 The first Balboa theater was on Ocean Avenue. 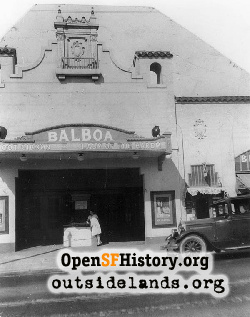 This first Balboa theater lost its unique name after the "New" Balboa Theatre opened in the Richmond district. Renamed the Westwood in 1932, the movie house had already lost most of its business the year before, when the mighty El Rey opened just up the street. The Westwood soon closed and was torn down.

(Thanks to Jack Tillmany for this information.)

Read more about the Westwood Theater.