Built in 1940 as the high school serving the Sunset and Parkside districts. 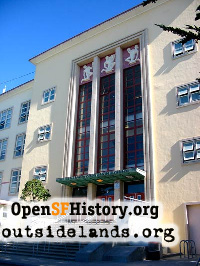 Abraham Lincoln High School is the only public high school ever built in the Sunset District. Located at 2162—24th Avenue, the school sits on four square blocks bound by 24th Avenue, Quintara, 22nd Avenue, and Santiago Street. Before Lincoln opened, students who lived in the growing Sunset-Parkside area attended Commerce High School in the Civic Center or Poly High School on Frederick Street, across from Kezar Stadium.

It took a long time for Lincoln to be built. The campaign for the high school began in 1927, when the Parkside District Improvement Club, a group of local residents, tried to convince the city to build a high school named after President Abraham Lincoln. Parkside resident and activist Ray Schiller told a Chronicle reporter in the 1930s, "What we need most is that high school. About 3000 children from our district right now have to pay two fares to get to the high schools they are compelled to attend, and the cars are so crowded they can't get on them."

City leaders did not respond to residents' request until 1938, when an education bond issue appeared on the ballot. The Parkside District Improvement Club lobbied for local support, and voters passed the bond issue. In the Parkside District Improvement Club's 1939 annual report, Mabel Powell wrote, "our most cherished project, Abraham Lincoln High School, is well on its way to completion after twelve years of hard work of the residents to secure."

Abraham Lincoln High School was dedicated on September 22, 1940. It was a modern four-story building designed by Fred H. Meyer, Martin Rist, and Timothy Pflueger. The campus began with 50 classrooms, a cafeteria, a football field (along Quintara Street), and a library. The main building could not accommodate all the students, so temporary bungalows with classrooms were placed on the property. (These "temporary" buildings filled half of the upper yards on the east side of the school for more than 50 years.)

According to the school's website (http://www.lincolnalumni.com/), Lincoln's mascot is the mustang because a horse farm used to operate in the area. The school colors are crimson and gold.

After the stadium was built, no additions were made to the campus, despite its overcrowding, until the 2000s. In 2007, construction began on a new wing designed by Collaborative for High Performance Schools (CHPS). The new building opened in 2009. It contains 18 classrooms and more than 22,000 square feet. The new building enabled the school to finally get rid of the aged bungalows that housed "temporary" classrooms. 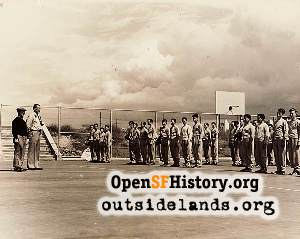 A class in physical culture under the able instruction of P.J. Prinz and George Canrinus. - San Francisco Pacific News, September 20, 1940.

My Memories of Lincoln

As a child in the late 1950s and early 1960s, I lived on 22nd Avenue, across from Lincoln High School. We climbed short trees in the dunes near Santiago before they built the stadium. (Many children—mostly boys—remember sliding down the hill while the stadium was being built.) From my living room window, I watched girls in their blue gym "bloomers" play volleyball in the upper yard. When I was about 8, my neighbor, Terry Barker, used to sneak us into the school so we could run around the hallways feeling naughty. In the lower yard, which held basketball courts, I learned at the age of 11 to make baskets from the free-throw line. The neighborhood kids played hide-and-seek and "Heats" on and around school grounds. We regularly sneaked into an area between two shacks to add "details" to a pornographic drawing of a male. In 1960, we sat on the large concrete steps and watched teenagers at after-school jukebox dances in the cafeteria.

By the late 1960s, I no longer lived on 22nd Avenue but some distance away on Cecilia, a little-known, two-block-long Parkside street. I started attending Lincoln in January 1968. Neighborhood schools were still the norm in San Francisco, so you went to school within the district where you lived. This meant that the student body at Lincoln was primarily white. 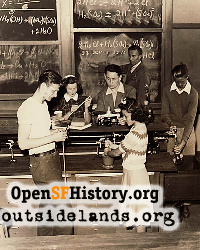 In 1968 and 1969, Lincoln reflected the turmoil of the society at large. Students cut classes to attend free concerts at Golden Gate Park's Speedway Meadow. Attempts at integration led to race riots in the cafeteria in 1969. And when demonstrations were in full swing at San Francisco State College, Lincoln students held one day of protest. Our goals? We marched around the block calling for "soul food" in the cafeteria and the right for girls to wear pants to school. Nothing changed, but we felt personal power during that day.

When Martin Luther King, Jr. was assassinated in 1968, money was raised for a school memorial. Two teachers, Jackie Andersen and Yvonne Golden, decided to use the funds to purchase a portrait of King for the school library. The portrait still hangs on the same wall where it was placed in the late 1960s.

Lincoln has changed a lot in the past 40 years. It lost its accreditation for a short time in the early 1970s but more recently has built a reputation as a quality school. It is considered one of the best schools in the state, with a strong and varied academic curriculum. 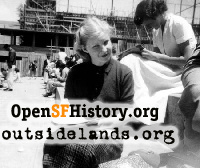 Girls at Lincoln High School in 1950s with auditorium under construction. -

Lincoln has also changed with the times. The Boys' Gym is now called the South Gym and the Girls' Gym is the North Gym, reflecting the school's commitment to sports for all students. In addition to traditional boys' sports such as football and baseball, the school also has boys' and girls' basketball, golf, tennis, volleyball, and soccer teams. Forty years ago, I had a crush on someone who was on the fencing team; Lincoln still offers fencing, now to boys and girls.

In 2001, Lincoln was named a California Distinguished School. In 2010, Lincoln teacher Valeria Ziegler was named Teacher of the Year by the State of California. The school's student body is much more diverse than it was years ago. It is now predominately Asian-American with Caucasian, African-American, and Hispanic students.

And the school song is the same:


High on a hilltop,
'Mid sand and sea,
Abraham Lincoln,
We will honor thee forever.
Thy sons and daughters,
However long the trail,
Always will remember thee,
Hail! Hail! Hail! 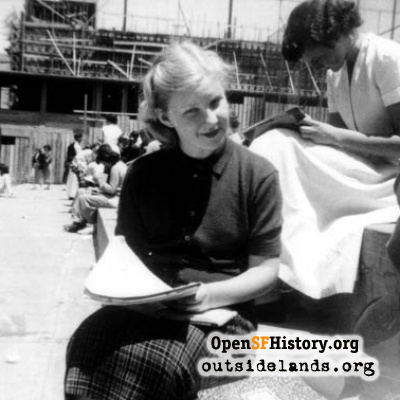 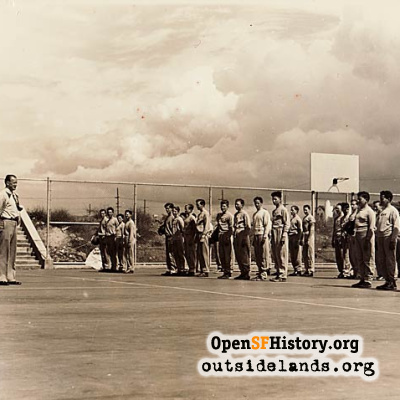 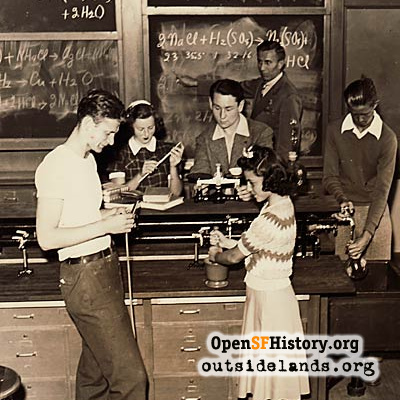 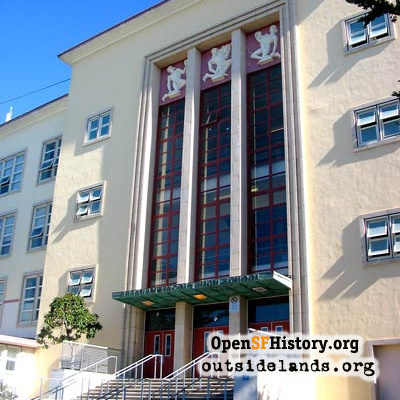 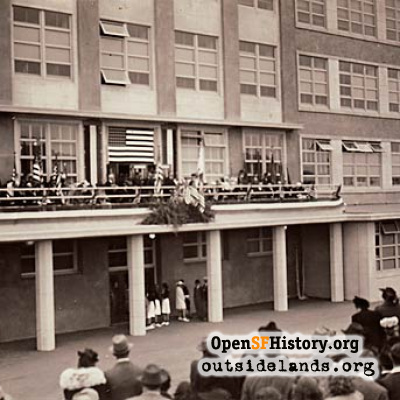 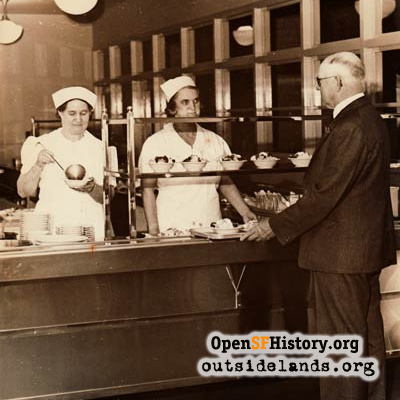