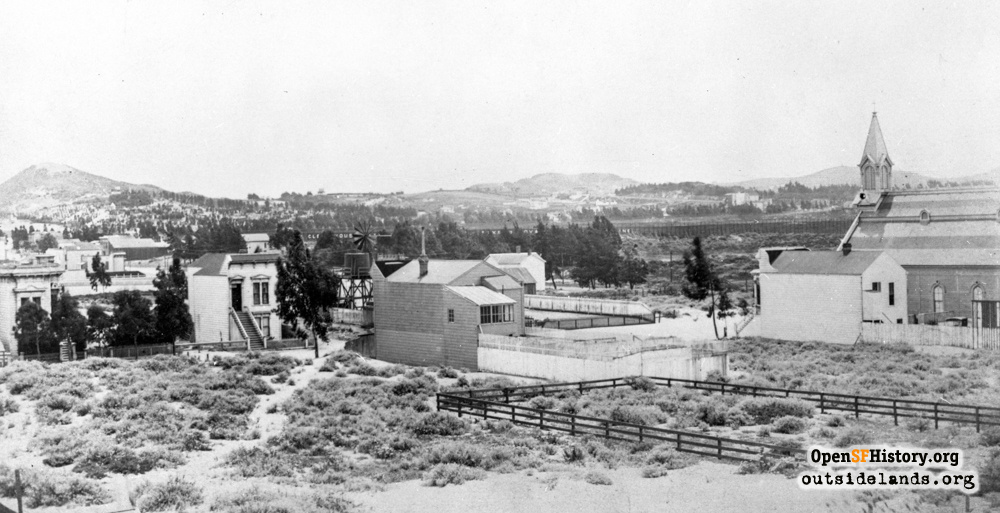 George Turner Marsh and the Birth of a Neighborhood 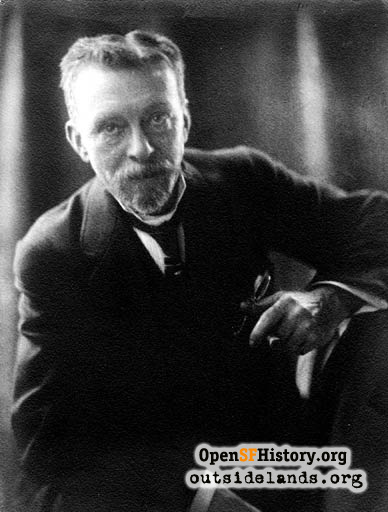 In early 2009, thanks to the efforts of local historian (and WNP member) John Freeman and District One Supervisor Eric Mar, San Francisco's Richmond District officially reclaimed its name. The Board of Supervisors passed ordinance 36-09 on March 3, 2009 to designate the neighborhood bounded by Arguello Boulevard, Ocean Beach, Lake Street, and Fulton Street, the Richmond District.1 Unlike controversial renamings of years past—examples include the use of Spanish names for east-west streets in the Richmond and Sunset districts in 1909, and Cesar Chavez Street supplanting Army Street in 1995—no protests arose over officially calling the Richmond District the name used by residents, merchants, writers, politicians, and reporters for 125 years.2

Supervisor Mar's legislation erased a 1917 city ordinance that designated the Richmond as the "Park-Presidio District." At the time, neighborhood boosters worried that the rising of the East Bay city of Richmond created regional confusion, and chose Park-Presidio as a more descriptive (the neighborhood lies between Golden Gate Park and the Presidio) and elegant name. The locals soon convinced the Board of Supervisors to make the name change official.3

Despite best efforts, the new moniker didn't take. Even the neighborhood newspaper that pushed for the name change and claimed in its masthead to be "serving the Park-Presidio District," kept its original name of The Richmond Banner. For about five to ten years the major city newspapers played along, using Park-Presidio in their reporting on the area, but by the 1930s everyone was back to calling the Richmond the Richmond.

Now, with the Board of Supervisors do-over legislation of 2009, all parties, including the City of San Francisco, are finally in legal agreement on the name of this northwest neighborhood, and everyone can focus on the truly important question that has skulked in the background all along: Why is it called the Richmond District?

George Turner Marsh was born outside of Melbourne, Australia in 1857. His father, originally from England, was a composer and music teacher. When George was 15 years old, his large family decided to move to the United States and set sail via Japan, an itinerary that changed the boy's life. George was so fascinated and intrigued by Japanese culture and art, which had just recently opened up to the west, that he begged his family to leave him in Yokohama. His father found the boy a position at a tea import/export firm and auction house, and George began his life in business.4

In 1876 the Marsh family, which had settled in San Francisco, requested that George rejoin them. He brought with him his collection of Japanese art and artifacts and the passion, expertise, and business contacts to acquire more. With his father's help, he opened his own store in the Palace Hotel at 625 Market Street. "G.T. Marsh and Company: Japanese Art Repository" was likely the first Asian-art gallery in the United States.5

Rather than keeping his merchandise behind a counter, Marsh may have been one of the first in the United States to display goods on open tables throughout the store. He remembered that "[b]y 1880 some three or four other retail stores in San Francisco had adopted the same plan and I think it was about 1885 that the first store in New York was arranged in like manner, whilst now it has become almost universal."6

The novelty and beauty of Japanese art inflamed the interest of the buying public, and Marsh's was the only place to purchase real vases, lamps, brocades, sculpture, curios, and clothing. He soon expanded to feature Chinese work as well.

In 1880, the successful businessman married Lucy Whiteside, niece to the first American minister to Japan, and the couple built a large home in a sparsely settled west section of town people called the Outside Lands.7 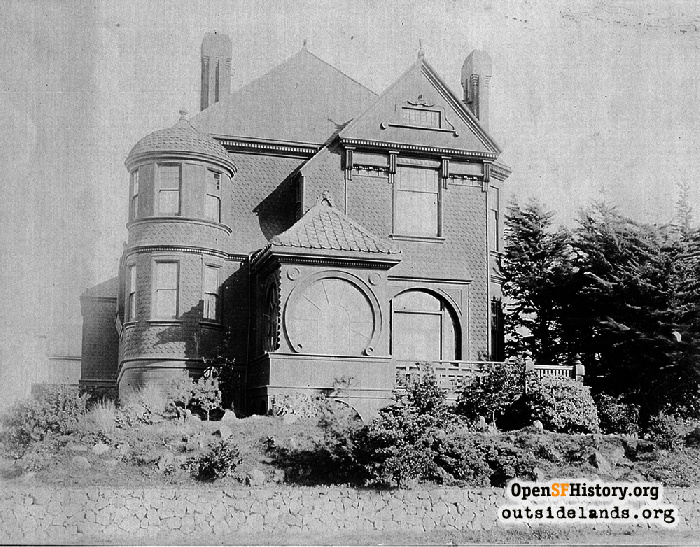 Home of George Turner Marsh, early pioneer of the Richmond District. Stood at the southeast corner of 12th Avenue and Clement Street. Designed and built in late 1886 by the Newsom Brothers. -

In the 1850s and early 1860s the west side of the San Francisco peninsula—called the "Outside Lands" because the area lay beyond the city limits—was the subject of land disputes between the federal government, the city of San Francisco, and private parties. Jurisdiction and ownership of the Outside Lands were settled in 1866, a compromise that set the map for the future Richmond and Sunset districts and laid out the lines of Golden Gate Park.

The agreement spurred land sales and some settlement along the Point Lobos Toll Road (today's Geary Boulevard), which had been created in early 1863. Roadhouses, dairies, and small ranch houses dotted the foggy scrubland on each side of the rustic road.8

The home and estate Marsh built on the southeast corner of 12th Avenue and Clement Street was considerably different than most of the humble houses in the area. The residence was large and elegant, and on the land around it Marsh installed a garden and ornamental stream, orchard, carriage house, stables, quarters for servants, and chicken pens. Marsh raised carrier pigeons, and would always carry a couple with him when he rode on horseback to work downtown. In the late afternoon he would send a bird home with a message for his wife about when he'd be home, and if he planned to bring guests for dinner. In one family story, Marsh even sent a vial of medicine to a doctor by carrier pigeon to save one of his children stricken by diphtheria.9

A robust economy and an increasing population began to push San Franciscans west in the early 1880s. Owners of large tracts and real estate agents became more active and successful selling lots in the area that some were starting to call the Point Lobos District.

These agents and property owners met in early 1884 to decide on a distinctive name for the growing neighborhood they were promoting to potential buyers. Point Lobos may have sounded too specific, referring to property on the far west side of the area. "Outside Lands" was rejected as unspecific, unappealing, and incorrect since the property owners wanted their land to be seen as part of the growing city and not outside it:

"…the section noted is gradually being built up by tasty one and two-story structures, occupied by families whose heads are mostly identified with down-town business firms, and whose interests, personal or otherwise, can hardly be classed as outside in any sense."10

Marsh was one of these men with a downtown business firm, and he had named his home after the Melbourne suburb of Richmond that he was born in—Richmond House. His prosperity and respectability must have seemed a model for the face of the growing neighborhood, because after various names were suggested, the property owners selected Richmond as their choice of name and "to use all efforts to have that name generally used hereafter in connection with all real estate movements in the area."11

By 1890 the Board of Supervisors agreed and passed Ordinance 2309, "obliterating the name 'Outside Lands' from the official map" and designating the area the Richmond District.12

George Turner Marsh went on to conceive and administer the Japanese Village exhibit at the 1894 California Midwinter International Exposition in Golden Gate Park, which landscape gardener Makato Hagiwara lovingly transformed into today's Japanese Tea Garden. Marsh moved with his family to Mill Valley where he created a larger and more elaborate estate with Asian elements among the redwoods. His business, despite the setback of being destroyed in the 1906 Earthquake and Fire, grew and expanded to multiple locations in California, including a landmark building that still stands in Monterey.13

Marsh died in an automobile accident in 1932 at the age of 75. He was the first to bring commercial marketing of Japanese arts to the United States, played a seminal role in the creation of the Japanese Tea Garden, a San Francisco landmark, and provided the name for one of the city's major neighborhoods—a name that hopefully will stick this time.

1. "Ordinance rescinding Ordinance 4397 and re-establishing the name of the area north of Golden Gate Park and west of Arguello Boulevard as the Richmond District." San Francisco Board of Supervisors File No. 090099, Ordinance 36-09.

7. Wolf and Piercy, 51. Thanks to Bill Kostura, who found reference for the contract to build the Marsh's large house, designed by the Newsom Brothers, in October 1886. It seems the Marsh family had a humbler house when they first moved to the future Richmond.

11. Ibid. A number of accounts, written decades after the first use of Richmond District as a name, credit George R. Fletcher, an extremely active member of the Point Lobos Improvement Club, with proposing the name.