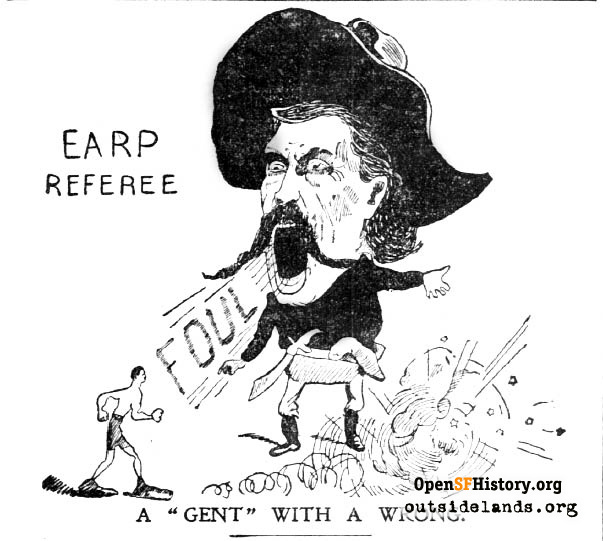 Gunslinger in the Avenues

Wyatt Earp lived in the Richmond District in the 1890's

Gunslinger in the Avenues

Wyatt Earp, the gunslinging icon of O.K. Corral fame, once called San Francisco his favorite city, and lived here with his wife in the 1890s.

In 1896, the city directory listed his residence as 514A Seventh Avenue in the Richmond District. His occupation showed as "horseman."

While it's true that Earp managed horses in the Bay Area, the directory listing could have easily referred to the interest Earp had in the Ingleside Racetrack. Always a gambler, the now-legendary marshal from Tombstone became a heavy drinker in San Francisco, and, true-to-form, an object of controversy. 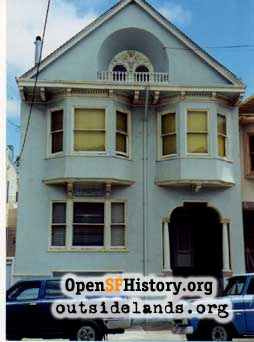 In the summer of 1896, Earp prepared a memoir of his six-shooter days. A ghostwriter pumped up the lurid prose and Earp's friend William Randolph Hearst, ran it in the San Francisco Examiner. The retold tales of Tombstone, Arizona made Wyatt a celebrity again in the big city.

The new notoriety put the former lawman in an odd position at the end of the year. Wyatt Earp was recruited to referee a boxing match, of all things. Not just any match, either, but the world championship between Tom Sharkey and Bob Fitzsimmons. The National Athletic Club believed there could be no better judge than "the bravest fighter, squarest gambler, best friend and worst enemy ever known on the frontier."

Earp stepped into the ring that night, and then stepped into one uproar after another. First, a police captain, noticing a bulge in the referee's pocket, disarmed the old lawman of a Colt revolver. What kind of fight had Earp expected? Then Earp ended the bout in the eighth round when Sharkey went down, apparently the victim of a blow to the groin. Earp called it a foul on Fitzsimmons, awarded the championship to Sharkey and the fur began to fly.

Had Sharky faked being hit in the groin? A poll of fifty-four eyewitnesses by the Examiner had twenty-eight saying no foul, seventeen saying yes, and nine shrugging their shoulders.

The San Francisco Call couldn't decide if Wyatt Earp was a dupe, a bought man or merely blind. In the end, they settled for rehashing Earp's history, recasting him as a coward, cheater, and "frontier bad man". The papers featured cartoons and caricatures of Earp as a buffoon.

From hailed hero to local joke in one year, Earp and his wife took off for Alaska in 1897.

Wyatt Earp
Where we heard about the house.