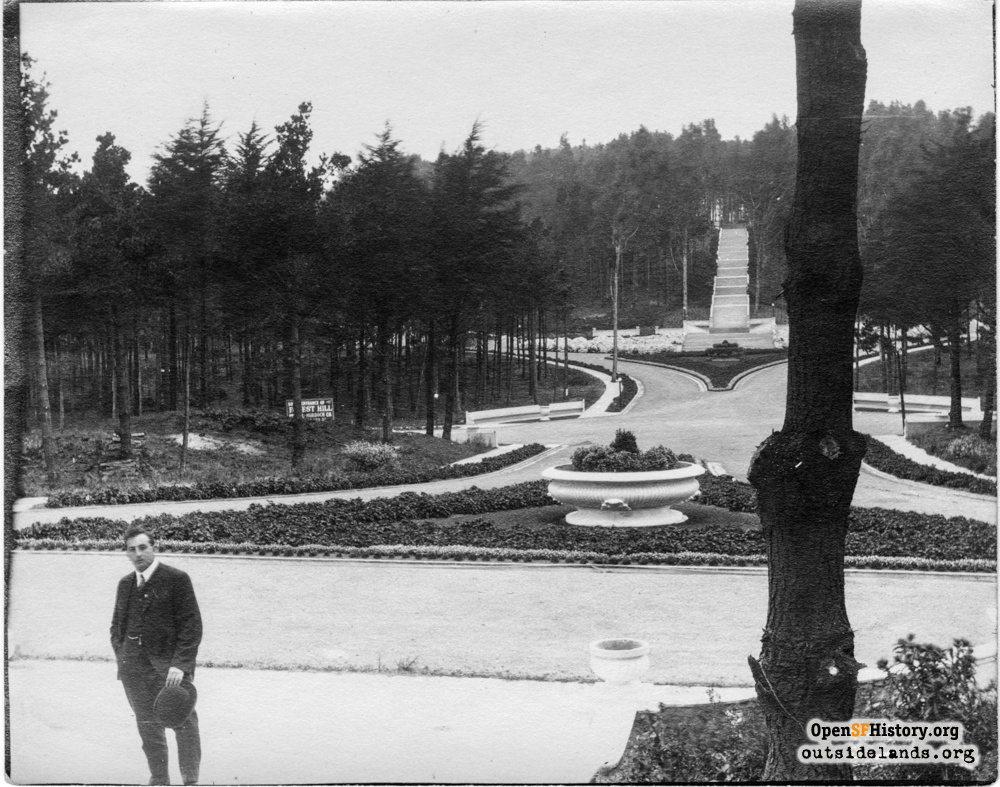 Although born in Spring Arbor, Michigan, Mark Daniels helped define California landscape architecture in the early twentieth century. He laid out the streets in San Francisco's Forest Hill residence park, and the Crocker-Amazon neighborhoods. The world-renowned 17-mile drive in Pebble Beach, California, the Thousand Oaks development in Berkeley, and the movie-star mansion community of Bel-Air in Los Angeles, were all his creations.1

After he received his degree at the University of California, Daniels did post-graduate study in city planning and landscape architecture at Harvard. In 1914, he received an appointment as landscape engineer in Yosemite National Park, and immediately got the attention of the Secretary of the Interior, Franklin K. Lane.2

The National Park Service as an entity had just begun, and just a couple of months after starting his work in Yosemite, Daniels was promoted to General Superintendent and Landscape Engineer to the entire Park Service. Although he served only a year and a half in this position, Daniels made sure this job with the government wasn't forgotten. (An excellent self-promoter, Daniels never hesitated to list his resume credits in interviews and articles, and "General Superintendent" was always near the top.)

Daniels belonged to exclusive clubs and his clients were invariably rich and influential. He worked for the Crockers and the Sutros and the Southern Pacific Company. He had a great interest in Chinese landscape design and created the Chinese Village at the Treasure Island World's Fair in 1939-40. Anti-Japanese sentiment ran so high after the attack of Pearl Harbor that there arose a serious proposal to turn San Francisco's Japanese Tea Garden into a hamburger stand. Daniels wrote the San Francisco Examiner, pleading to save the decorative elements and go with an authentic "Chinese Tea Garden" instead.3

Despite his connections to wealth, power, and the elite (one of his wives, Frances Trust Daniels, won a divorce from him with the complaint that he spent all of his time at the Bohemian Club), Daniels also reveled in arts and the free-to-all natural wonders of California. He was a musician and actor; he painted, gardened, wrote newspaper articles describing beach and wildflower hikes, and promoted his vision of residential development wedded to natural beauty:

"The art of the landscape architect consists more in knowing what not to do than what to do. In other words, he must seek to retain the natural effects of the setting and, where changes are essential to utility, to disguise man's handiwork as much as possible. It is merely obedience to the familiar rule--'true art is to conceal art.'"4

For all his surety of artistic expression, Daniels never seemed to find his footing in his personal life. He married and divorced four times and his only child committed suicide just a couple of years before his own death.