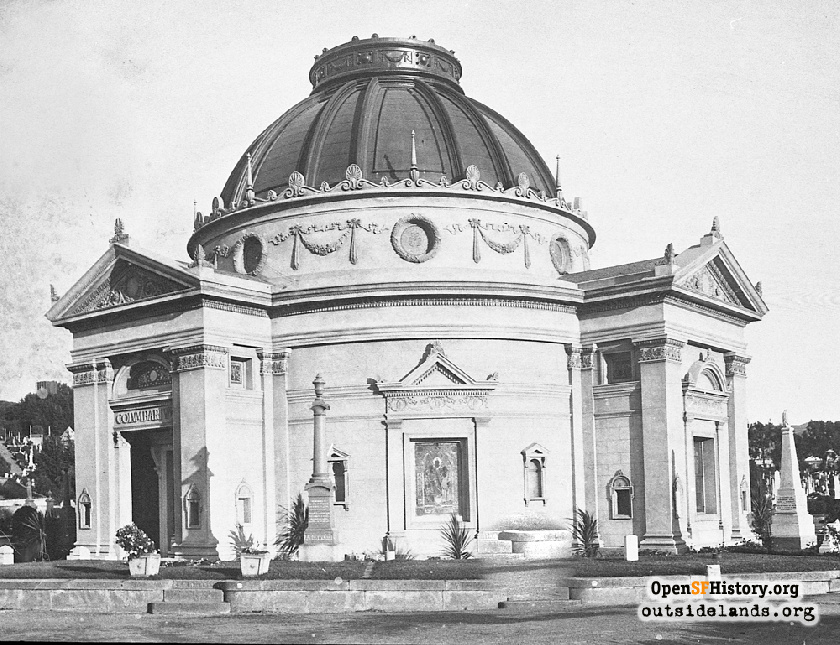 The last remnant of the Odd Fellows Cemetery. 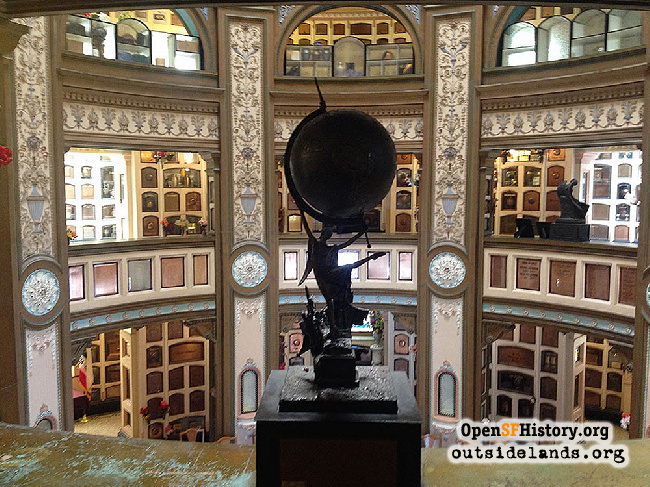 Originally part of the Odd Fellows Cemetery, the Columbarium today still looms over Geary Boulevard near Stanyan Street. The grand edifice not only survived San Francisco's era of cemetery removals in the first half of the twentieth century, it has managed to thrive as a beautiful Victorian repository of the dead. 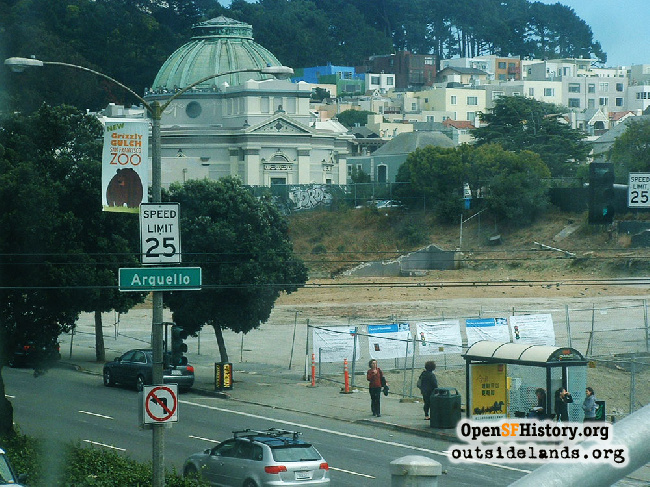 View from Larkins Building across Geary Boulevard and Arguello Boulevard after the Coronet Theatre was demolished., Aug 25, 2007 - Photo by Jim Cassedy.

Columbariums date from Roman times, and are defined as structures built to hold cremated remains. San Francisco's example is currently under the stewardship of the Neptune Society which continues to restore and partially renovate the building and surrounding grounds.

The over 5,000 niches within contain a broad sampling of urns from the whimsical (cookie jars) to the ornate (resembling Aladdin's lamp). Stained glass, skylights, marble stairways and a plethora of architectural detail make even a short walk through the Columbarium a wonderful workout for the eyes.

Architect B. J. S. Cahill combined Greek and Roman elements for his neoclassical temple of the dead. Now a registered city landmark, the Columbarium is open to the public. Call the Neptune Society for hours at 415-752-7892.