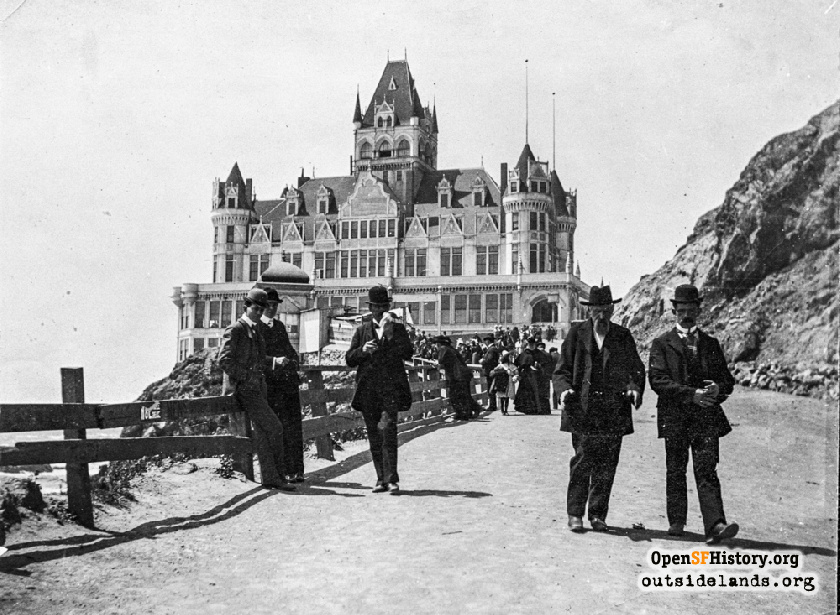 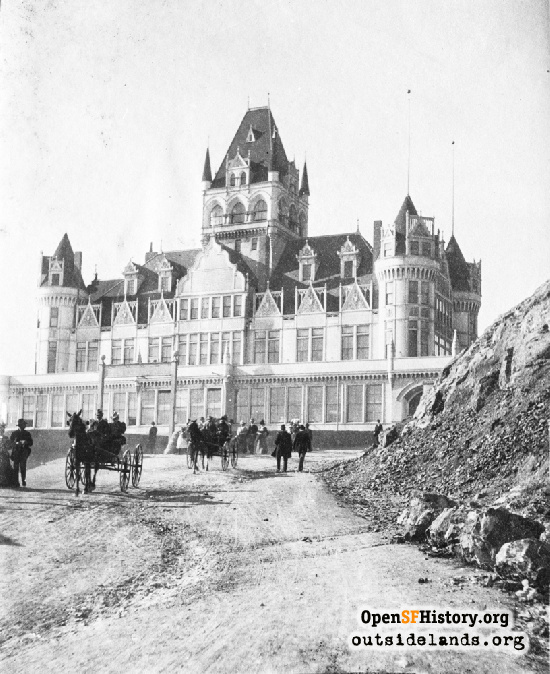 Five stories, four turrets, numerous spires, a massive central tower, and dollops of gingerbread later, Adolph Sutro had a Cliff House to his taste. The architects, Emile Lemme and C. J. Colley had already been commissioned to design Sutro Baths in the cove just to the north, and, micromanaged by Sutro, had a design ready just months after the ashes had cooled from the fire that had destroyed the first Cliff House. Officially opening February 1, 1896, the new incarnation featured restaurants, art galleries, parlors and lunch rooms, settes and verandas. Meant to resemble a French Chateau, overhanging the cliff edge and visible miles down the beach or out to sea, the Victorian-era Cliff House was a postcard photographer's dream. 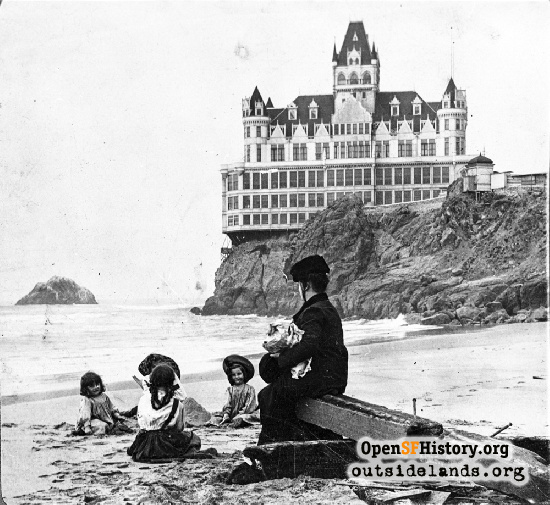 View of Chateau Cliff House and Seal Rocks from Ocean Beach. Woman with children playing on Ocean Beach with driftwood spar. Same as wnp37.00893-R, circa 1900 - Kalamazoo

Despite its solid castle-like appearance, the structure was constructed of wood by contractors Campbell & Pettus for $42,000, and Sutro's lessee, James Wilkins reported an additional $20,000 invested on interior furnishings. With marble floors, electric lights, an elevator and twenty private dining rooms, the Cliff House was a long way from its ramshackle roadhouse origins. 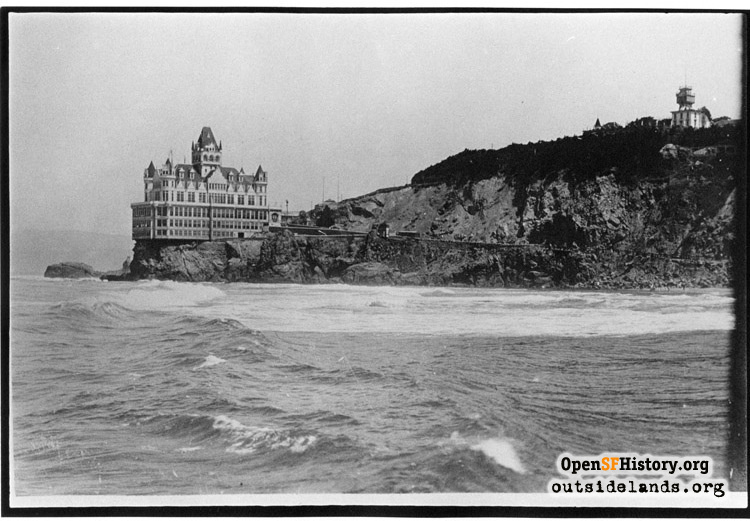 Sutro died in 1898. His fantastic castle met the fate of its predecessor, going up in flames in 1907. There were those who weren't sorry to see it go. A letter writer to The Argonaut let loose:

"Of the thousands who, on last Sunday morning, opened their paper and read 'Famous Cliff House Is Totally Destroyed by Fire,' were there, do you think, a score who did not ejaculate 'Thank Heaven!'? [...] It's tawdry architecture, its ungainly proportions, its dirty corridors and opaque windows, its wretched cuisine, its musical instruments of torture, its approaches lined with either cheap or deserted booths---all have made hideous a spot which Nature meant to be beautiful."1

Despite such contemporary opinions, since the early 1970s, rangers and docents at the National Park Service and Golden Gate National Recreation Area report are frequently asked by visitors why the multi-spired Victorian version wasn't rebuilt as it was (and suggest it should be constructed even today).

The Cliff House Story, Part One