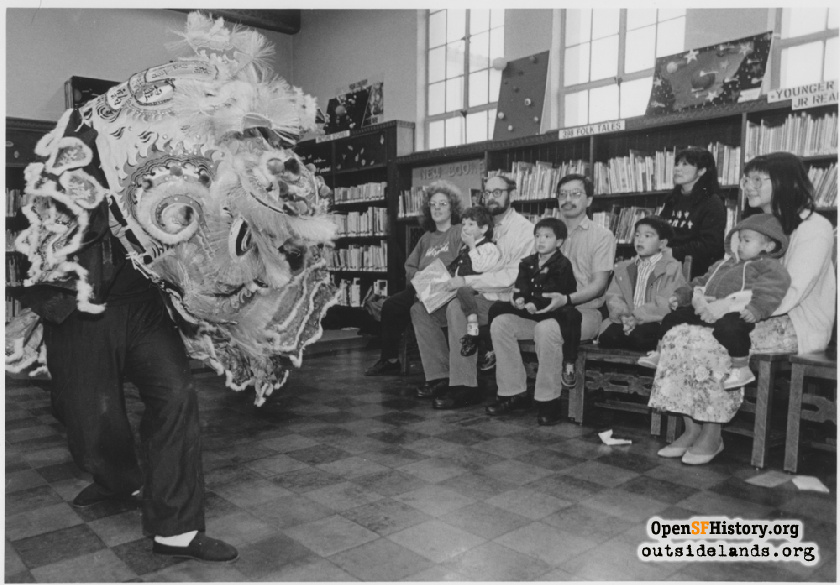 Chinese In The Richmond

Exploring the lives of Chinese Americans in San Francisco’s Richmond District from the community’s point of view.

Chinese In The Richmond

A collaboration between the Chinese Historical Society of America (CHSA) and Western Neighborhoods Project (WNP), Chinese in the Richmond illuminates the lives of Chinese Americans in San Francisco’s Richmond District from the community’s point of view. 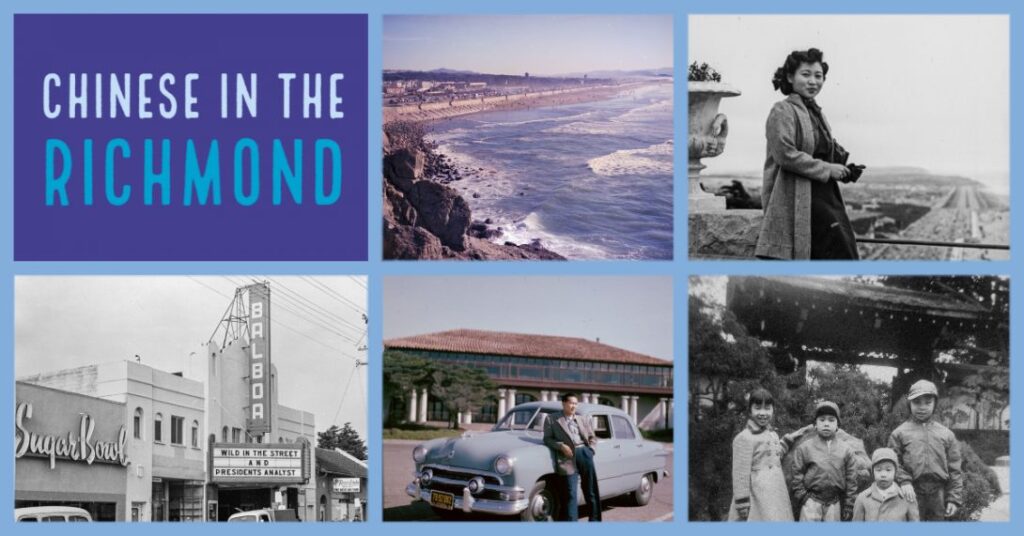 Located in the northwest quadrant of San Francisco, the Richmond is bounded by the Presidio of San Francisco and Lincoln Park to the north, the Pacific Ocean to the west, Golden Gate Park to the south, and Arguello Boulevard to the east. The neighborhood is one of San Francisco’s largest and most diverse and has evolved from a predominantly Irish and German population to one with large Russian and Chinese communities.
Chinese in the Richmond specifically explores the expansion of Chinese families into the western neighborhoods and is the continuation of work begun with the CHSA exhibition Chinese in the Sunset in 2017, for which WNP also lent support. Together, these projects complete a narrative pathway through the barriers and restrictions that were overcome by Chinese Americans as they first brought families to both neighborhoods. 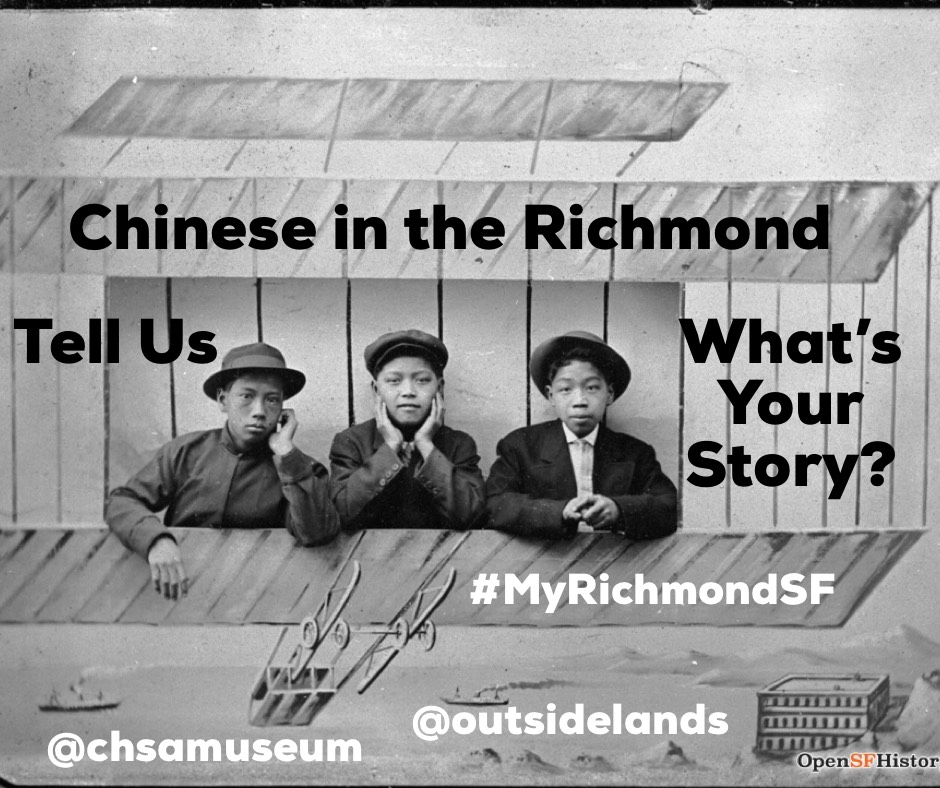 Preliminary planning and initial outreach began in 2019 with support from the office of District 1 Supervisor Sandra Lee Fewer, a fourth-generation Chinese American and a resident of the Richmond for over 50 years. The project launched in September 2019 at two street festivals—first at Chinese American History Day hosted by CHSA as part of Chinatown Sunday Play Streets, where CHSA showcased a traveling exhibition created for Chinese in the Sunset and WNP presented a table asking members of the community to share their stories; and second at the Richmond District Autumn Moon Festival, where WNP showcased the neighborhood’s history and promoted this collaborative community project.
Additional funding provided by a “Humanities for All” Project Grant from California Humanities supported additional research and programming. In the face of pandemic, Chinese in the Richmond pivoted to hybrid virtual and in-person events. Both CHSA and WNP launched an online campaign in August 2020 asking people to share their stories. In November 2020, Palma You and Steve Haines of CHSA joined WNP for a virtual program called “Chinese in the Sunset, Chinese in the Richmond,” attended by over 80 people and, as pandemic restrictions relaxed, WNP hosted a Community Open House at their Richmond District to meet people in the neighborhood. 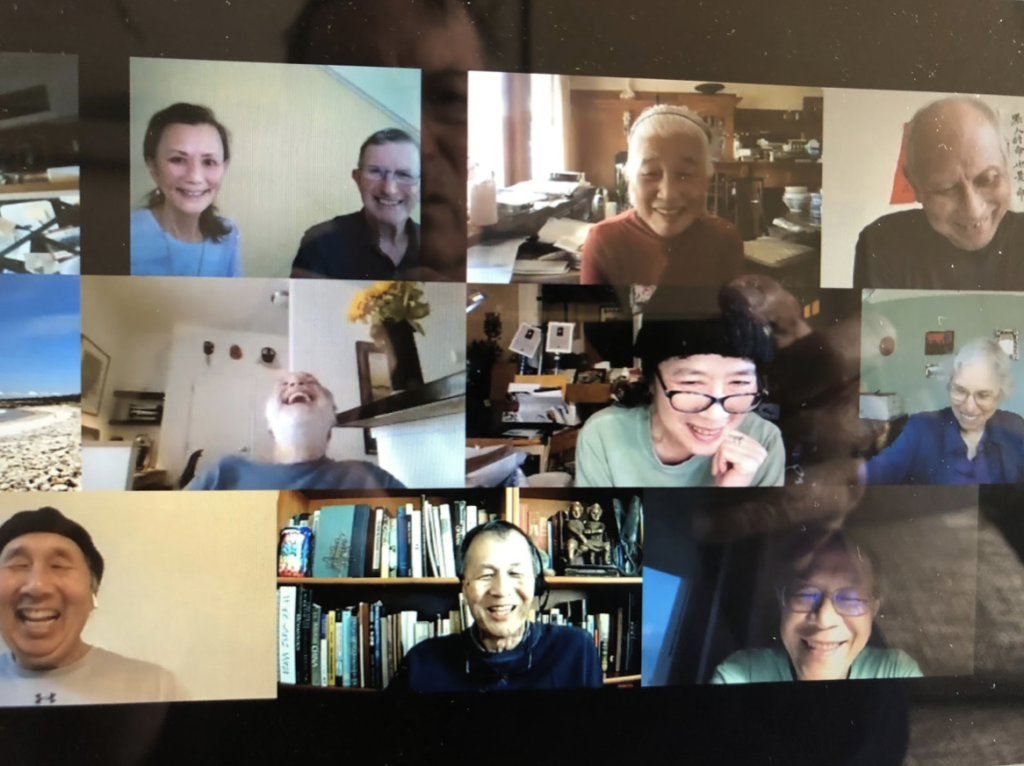 Screen grabs from oral history interviews conducted by Palma You and Steve Haines.
The bulk of this project concentrates on 25 oral history interviews conducted by Palma You and Steve Haines of CHSA via Zoom from October 2020 through June 2021. Palma You and Steve Haines shared how they transitioned these interviews to Zoom at the California Association of Museum's virtual conference in April 2021. By weaving together recorded oral history interviews with primary resources, Chinese in the Richmond has produced an exhibition that launches online in Spring 2022 and also includes narratives adapted from transcript summaries by Nicole Meldahl of WNP. Here, there will be regular additions of new histories and the exhibition will travel throughout San Francisco over the course of the year, courtesy of funding from Grants for the Arts. Be sure to follow CHSA and WNP on social media to stay up-to-date.
CHSA: Facebook / Instagram / Twitter
WNP: Facebook / Instagram / Twitter
As part of a broader vision, Chinese in the Richmond and its companion, Chinese in the Sunset, was inspired by a conversation between then District 4 Supervisor Katy Tang and CHSA’s Executive Director and historian Sue Lee that revealed how little the CHSA was known to residents of the Sunset, and vice versa. CHSA researchers realized the history of Chinese migration to the western neighborhoods had never been studied or documented and set out to rectify this gap. Additional support has been provided by the Office of Economic and Workforce Development through its Invest in Neighborhoods Program; California Humanities through its “Humanities for All” Project Grant; and Grants for the Arts.
Any views, findings, conclusions, or recommendations expressed on or through Chinese in the Richmond do not necessarily reflect those of California Humanities, the National Endowment for the Humanities, or any of our project sponsors. 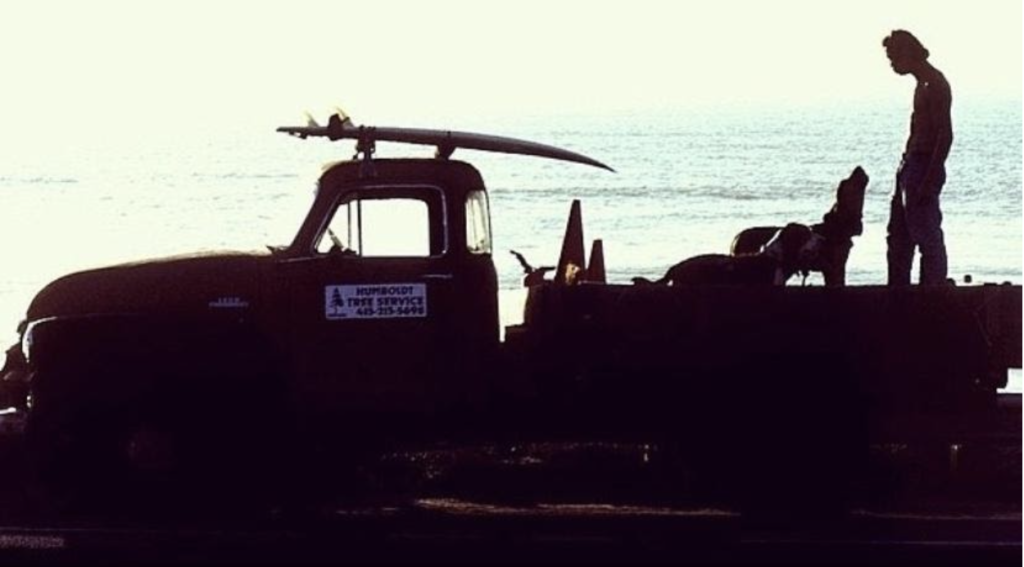 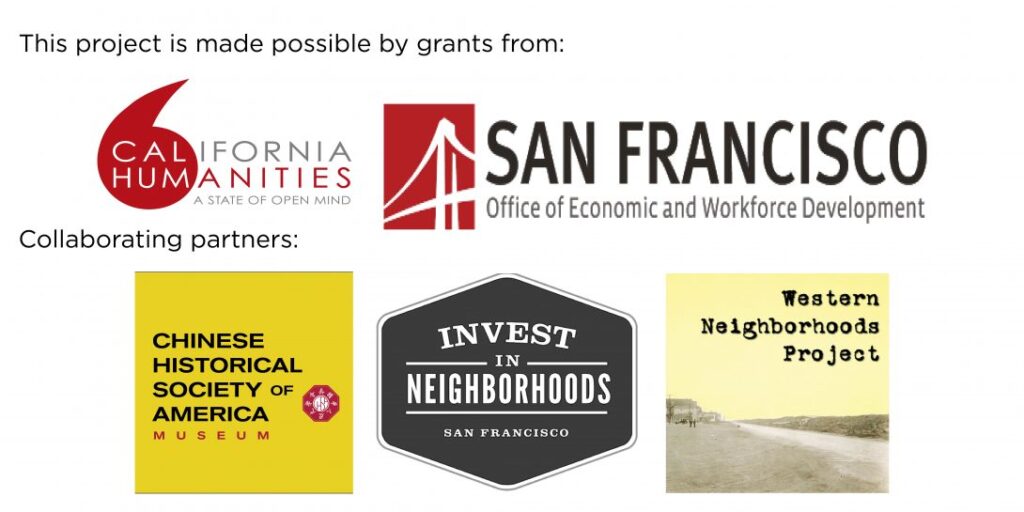