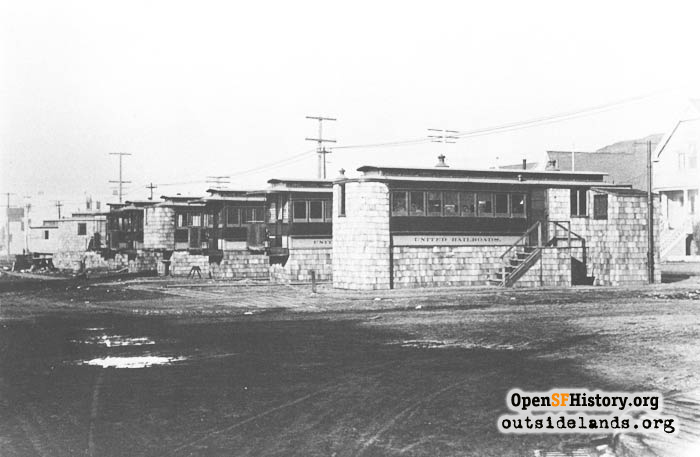 A whole neighborhood of streetcar homes existed in the inner Richmond after the 1906 earthquake. 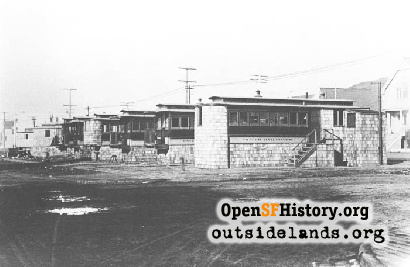 One amusing solution to meeting the pressing housing needs after the 1906 earthquake and fire was provided by Dr. Charles V. Cross living at 2808 California street at Fifth Avenue in the Richmond District. Mimicking the Carville community of the Outer Sunset district, Cross lined up ten old McAllister line cable cars and created the "Carzonia apartments" on his property along the narrow strip separating California and Cornwall streets. The doctor had a fellow physician, Dr. S. Ward Moss, act as architect to add plumbing and electricity. 1

Neighbors worried about the unseemliness of the project but Cross reassured them that "the cars will be transformed into artistic living apartments, surrounded with pretty flowers and will be attractive." 2

Cross lived in one himself and was deluged with applications before the cars were finished, but the Carzonia experiment lasted less than four years. In early 1911 Cross erected a more conventional building on the land, which still stands today. 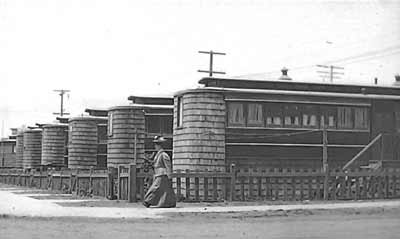