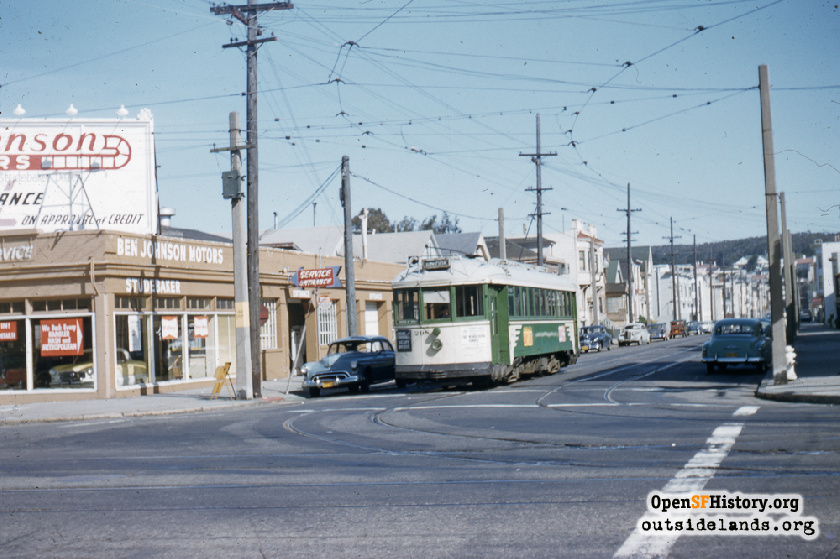 Rail service end: MUNI removed the route from California Street in 1949, making the western terminal at 2nd Avenue and Cornwall. The line was completely eliminated on December 29, 1956. 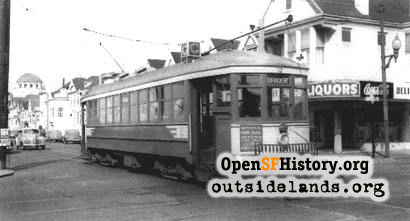 Notes on the Municipal C streetcar line from Jack Tillmany:

For 35 years, Muni lied to its passengers, and nobody noticed.

Rail service on Line C, Geary/California began in 1915, and ran west on California Street to a point just past 32nd Avenue. From the beginning, the destination roller read "33rd Ave. Calif." as this June 1947 shot (westbound on Geary Street at Polk Street) clearly shows. 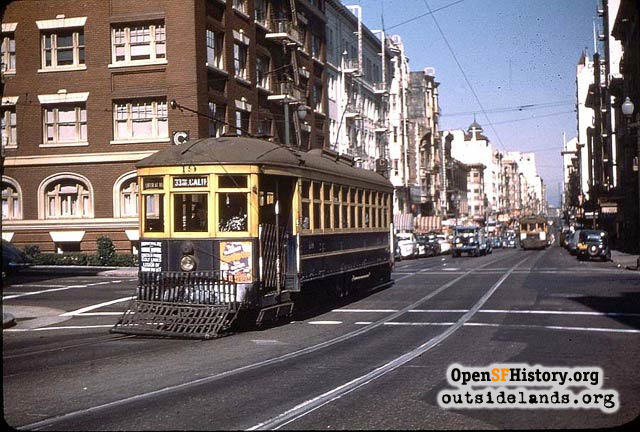 But no such intersection ever existed. 33rd Avenue does not extend further north than Clement Street. California Street dead-ends west of 32nd Avenue at a point about where 33rd Avenue might be, if it existed. As seen below in a 1943 photo, Line C ended just short. 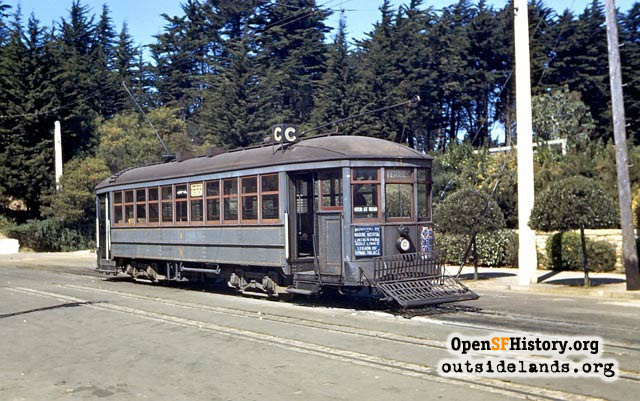 Note that Muni's historic car #1 was a frequent flyer on the C Line, as you can see from both these photos. Note also, that, as late as 1943, Muni still adhered to its original color scheme of gray with red trim. The blue and gold was a post-World War II update.