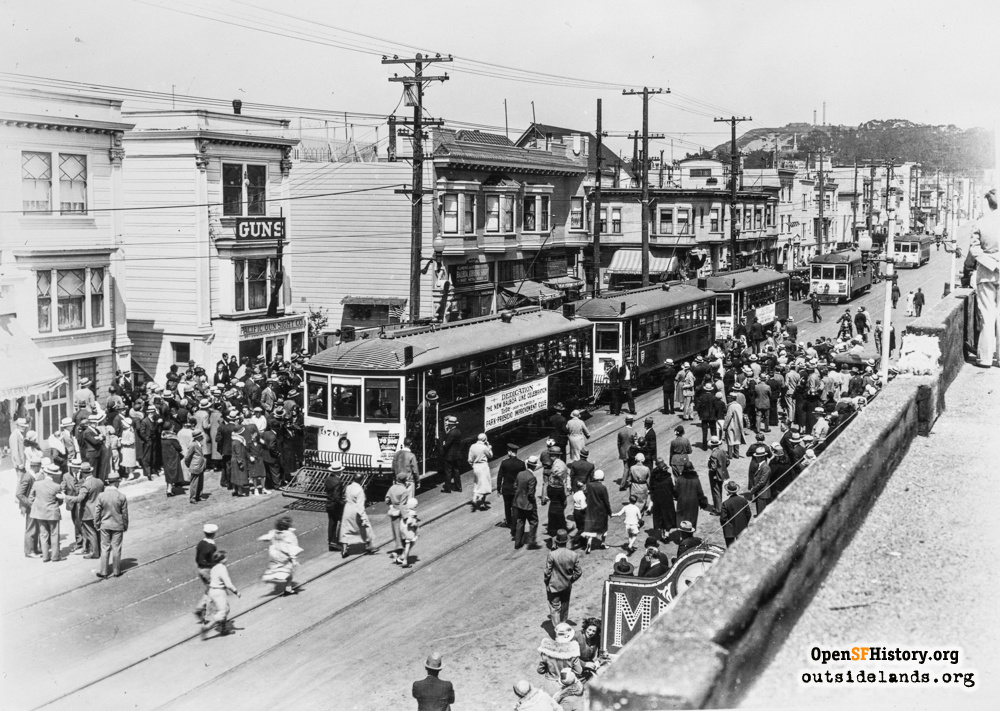 Route: From Ferries to 30th Avenue and Balboa via Market, Eddy, Divisadero, Turk and Balboa Streets. Returning via Turk Street to Mason to Eddy. East of Divisadero the 31-line replaced the 4-Turk & Eddy streetcar.

Rail service end: July 2, 1949 (replaced by motor coach and later by trolley coach and was extended first to 33rd Avenue and later to the Beach. Trolley coach service is supplemented by two rush hour Express Bus services, 31AX and 31BX.) 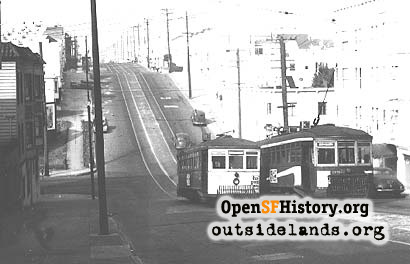 Built by the Market Street Railway, the 31 Balboa line suceeded in diminishing the ridership of the rival Municipal Railway line, the A Geary-Park. MUNI won the war, however, taking over ownership of the 31 line on September 29, 1944. 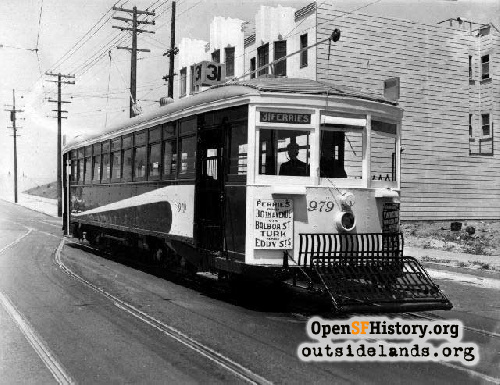