PPUMC started in a storefront off Clement Street at 338 Fifth Avenue in April 1897 as the Richmond Methodist Episcopal Church. 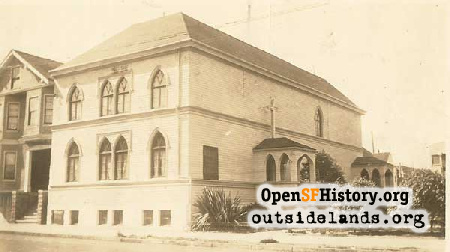 David Carr invited us into the archives at Park Presidio United Methodist Church, where we got this scan of the older church building just after construction in 1908. This structure was incorporated into the present church at the southwest corner of Seventh Avenue and Geary Boulevard.

PPUMC started in a storefront off Clement Street at 338 Fifth Avenue in April 1897 as the Richmond Methodist Episcopal Church. The church moved to different storefronts in the neighborhood before the lots on Seventh Avenue and Geary were purchased. From the church's official history:

The choice of this site seemed foolhardy and unwise at that time. At Fourth Avenue the church was in the heart of the district. However, west of Eighth Avenue the district was a hopeless waste of sand dunes, and the street on which the new property fronted was an impassable mud hole in the winter months. 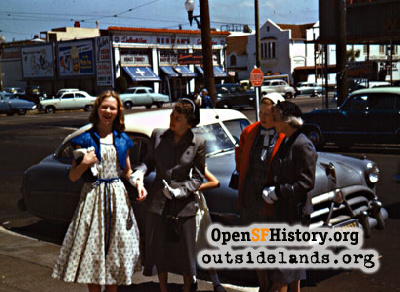