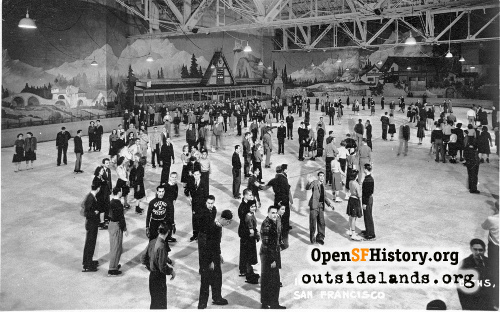 In support of our current exhibition, San Francisco Ice Arena: Photographs by Darcie Westerlund, Nicole Meldahl will chronicle the ice skating craze that first arrived in San Francisco with the Techau Ice Palace in 1916. When the Sunset's beloved rink on 48th and Kirkham was demolished in 1991, it was the oldest operating ice arena in the United States -- outlasting other San Francisco favorites like Leggs, Winterland, and Sutro's. Bring your memories and leave with things you learn. Light snacks and refreshments provided.